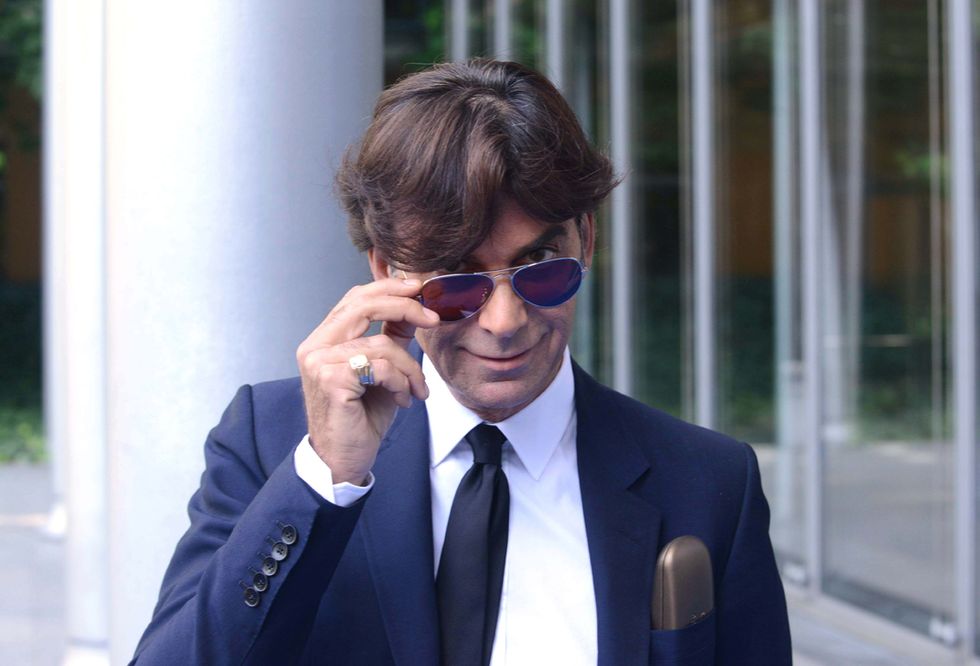 Gucci: made in Italy is us

Patrizio di Marco, no. 1 of the Florence-based Gucci empire is investing to safeguard the craftsmanship of its suppliers. “It costs us,” he says, “but it’s worth it”

With his unruly locks and British style, Patrizio di Marco is at the helm of Gucci, Italy's luxury firm par excellence. When he speaks, he measures his words and gestures and tries not to become ruffled even when he catches a glimpse of the terrible shoe choice of his interviewer?"old, scuffed, brown suede shoes that desecrate this temple of leather goods where everything must be new, perfect ... and rigorously black.

Di Marco just presented his shareholder, PPR, the French holding company owned by the Pinault family, with a 2012 turnover of almost 3.7 billion euros of pure Made-in-Italy, with margins topping 30 percent despite the currently difficult economic situation with hundreds of companies in crisis and thousands of jobs at risk. But even behind the money and glamour of this Florentine giant, there are hundreds of suppliers and jobbers who are having to face today's negative climate, above all with a lack of financing from banks.

Di Marco is fully aware of this and it is why he is redoubling efforts, both his own and that of the company he runs, to keep the extraordinary fabric of predominantly Florentine- and Tuscan-based artisan businessmen in good health, thanks to which the double-G brand (as well as many other leading names in the luxury sector) are enjoying double-digit growth throughout markets worldwide. "I'm not simply a 'Made-in-Italy' fanatic. I'm much more, I'm a Taliban fundamentalist," he says, talking about the back-and-forth in European legislation regarding labeling. "I understand that raw materials are bought abroad, but Made-in-Italy is, and must remain, only what is 100% made and crafted in our country."

Of course. Made-in-Italy is our forte. The double-G brand, which in the past has gone through some rough patches, is now no. 2 in the world in the luxury sector and epitomizes what Made-in-Italy is all about. Certain experiences are built over time and cannot be replicated, and I wanted to see craftsmanship emerge for what it is worth. Our activity is the result of 750 leading suppliers and over 1,500 jobbers. In total, more than 45,000 workers. All in Italy.

This question has leapt into the limelight. In recent weeks, many leading names in the fashion industry have sung the praises of the unique nature of our producers, warning about the crisis that is bringing many of them to their knees.

We are involved on a number of fronts, preparing very carefully and taking the time that is needed. If more companies had taken similar steps, the situation today would be better. And, of course, it would be good if government, especially, played its part. But we need to be careful. Made-in-Italy is not a slogan, it is a mission.

So, let's leave aside other people's slogans, and turn to what you're doing ...

Our initiative was launched together with the Banca Cr Firenze, part of the Gruppo Intesa Sanpaolo, to facilitate credit for those companies in our supply chain. And not only those who work exclusively for Gucci. Even companies that produce for our competitors can take advantage of this.

What does it involve?

We provide the bank with our rating of the supplier based on a number of parameters, including reliability, quality, ability to meet standards set in the sector contract and the fact it belongs to a major manufacturing sector. In this way, we help the bank to understand how reliable its client is. With major impact on the cost of money and time frame required for operations.

Is Gucci the only company doing this?

Others have made similar declarations, but nothing concrete, while we have been doing this for over a year. It's not just something you wake up one morning and decide to do.

Sustainability and social responsibility, traceability of materials, supply chain certification and the creation of company networks. We have seven companies that head up an additional 77.

Tell the truth. How long do your suppliers have to wait to be paid?

If necessary, we pay in advance. For example, right after the 2008-2009 crisis, when some companies were considering delocalizing. We have always been involved in providing financial support to our suppliers.

All this must cost.

Of course it does. They are not charity. They are things you do if you think it is important to consider the future. You only do them if you believe in them.

I have their backing. Let me repeat, there is a series of costs that impact on profitability, but they are initiatives I took without considering the economic aspects. On the other hand, the ratio between labor costs in Italy and some countries in South-East Asia is 10:1, so it is obvious that remaining rooted in our country has a cost, but it's worth it. We have shown that we are profitable by focusing on the efficiency of the supply chain and putting the emphasis on product quality.

Speaking of Asia. Whole container-loads of fake products arrive from there. And, to tell the truth, a number of Italian manufacturers are also involved.

Counterfeiting is a criminal offense from all standpoints and Gucci fakes arrive, above all, from Asia. I don't deny that there are also Italian manufacturers, but our suppliers are serious. Plus we are involved in a major control effort. Unfortunately, a number of artisans think it is better to be part of criminal activity.

What is your view of the measures taken over the years in Italy to combat counterfeiting?

I really love my country and I truly believe I have proven this through my actions. However, there are some areas in which we have remained in the Stone Age.