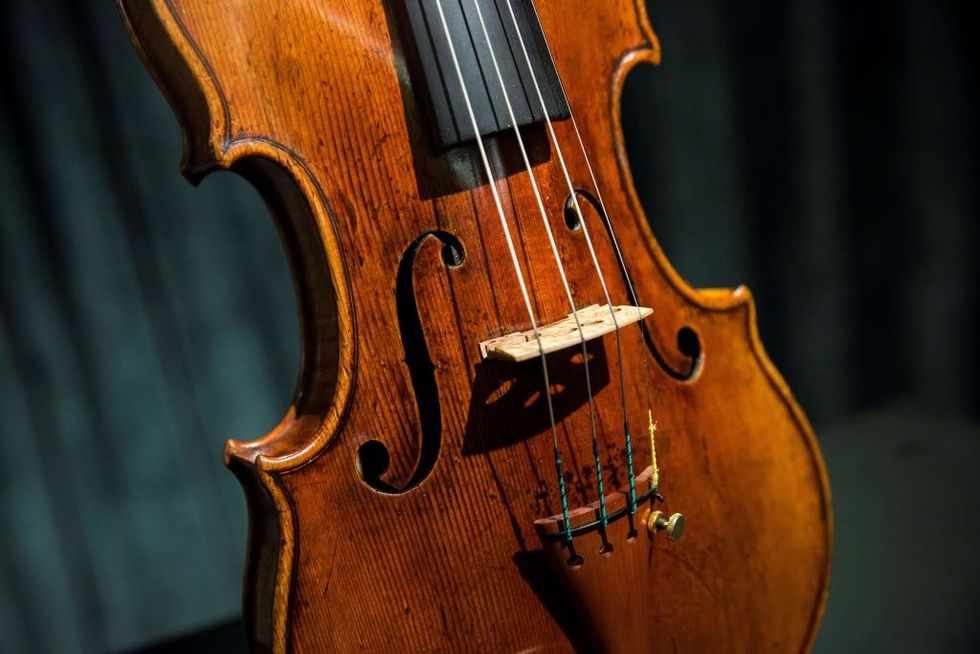 Giovanni Andra Zanon is one of the most shining stars for Italian music today. The young promising violinist started when he was less the 2 years old and was strongly supported by his dad Paolo, who commissioned the mini-violin for his son.

Today 19 years old, young Giovanni pointed out that his first violin was as big as the palm of a hand. He has always been attracted by music and - since he was very little - he has been greatly inspired by his sister Beatrice. She is only 3 years older than him, she started playing as a child as well and she has also become a musician.

Giovanni had excellent teachers - such as Paolo Gavazzeni and Pinchas Zukerman - who also became his mentors. But the greatest mentor of Giovanni's life was his dad, who constantly encouraged him and supported him in following his passion for music. Giovanni's achievements were outstanding: when he was only 4 years old, Giovanni was admitted in conservatory and since he was 13 years old, he started performing on stage all over the world, receiving numerous prizes.

His training was also provided in the United States, where Giovanni landed when he was only 15. He went to New York, to the Manhattan School of Music, where he was a disciple of Pichas Zukerman. The latter stands out as the excellence of contemporary violinists. In spite of the great professional growth, Giovanni declared that the years in the United States were very tough for him, being young, in a very far place and with no family at all.

Nevertheless, all his sacrifices bared good fruit. In 2012, Giovanni received the degree from the most important international competition for young violinists, the Wieniawski-Lipinski in Poland. In 2013, he debuted at the New York Carnegie Hall and he also won the Novosibirsk Prize from the Glinka conservatory. Also Veneto Region in Italy gave Giovanni the Golden Lion Prize for his achievements abroad.