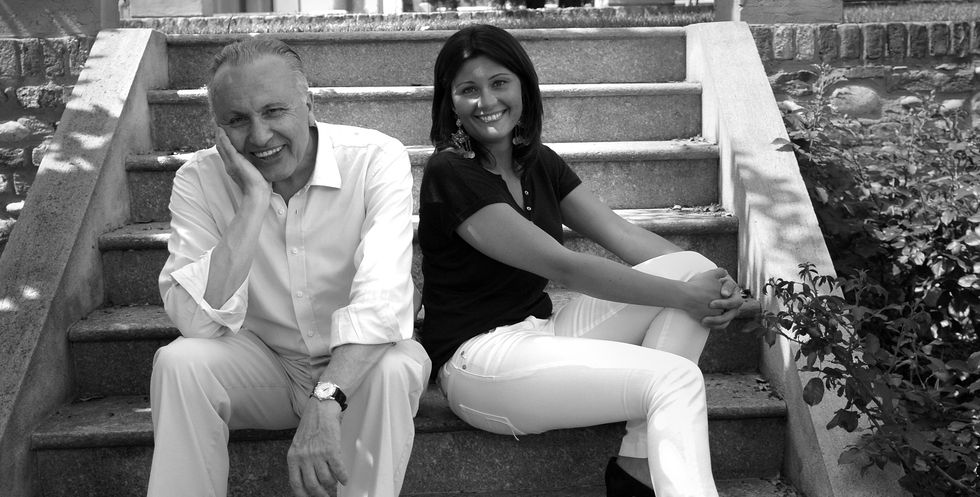 Gaia Gaja, woman at the top of the Italian wine charts

She is the "crown princess" of the luxury wine small empire created by her father, Angelo Gaja

Gaia is a charming name for a woman, but given that we are talking about the daughter of Angelo Gaja, "the undisputed king of Barbaresco", the doubt arises that the elegant alliteration (in Italian, the first and last names are pronounced the same - "Gaya") which hearkens back to the name of the winery, is yet another clever idea of Gaja the marketing and wine-growing and -producing genius. He was the first to make it in the luxury wine market in the US, winning from the get-go the unconditional praise of wine critic Robert Parker and Wine Spectator magazine, the international "bible" of wine connoisseurs. This was back in the 1970s when absolutely no one thought a bottle of Barolo or Barbaresco could have gone for $150-200.

But the fact is that on the list of the fifty most powerful women in the world of wine, compiled at year-end by The Drink Business, international online publication of wine professionals, Gaia Gaja is number 12 on the list, voted by a group of readers and experts, followed in 18th place by Albiera Antinori, the only other Italian present.

Ahead of her are such illustrious names as Philippine de Rothschild, owner of the celebrated Château Mouton; Lalou Bize-Leroy, queen of Burgundy; and Jancis Robinson who writes about wine for the Financial Times. Gaia is, in fact, the "crown princess" of the small empire created by her father, making innovative and, according to her grandfather (who founded the winery), even unconventional choices.

For example, removing the Barbaresco name from the three most famous wines: the Sorì Tildin, Sorì San Lorenzo and Costa Russi, calling them simply Langhe, in order to get around the strictures applied to Barbaresco wines and be free to soften the severe character of the wines made from nebbiolo grapes without destroying their identity, in this way obtaining what is, today, emblematic of modern Piedmont wines.

Gaia's role may be enviable, but it is not easy. Even if it is she who travels alone, presenting the 18 wines produced in their vineyards (100 hectares in Piedmont and 100 in Tuscany between Bolgheri and Montalcino), how do people react to the disappointment of expecting to meet Angelo Gaja and instead finding themselves face-to-face with his albeit charming daughter?

"At the beginning people were a bit dubious, but in Asia, just like in the US, you just have to show you know your stuff. If you're young and female, no problem. On the contrary." Naturally, she first had to come to terms with a father known for being important and ever-present, even if, she says, "a girl probably feels less competitive with a father figure."

On the other hand, the efficient import and distribution company he created, which since 1977 has offered on the Italian market a selection of wines from other countries, including first-class Burgundies and Bourdeauxs with Australian labels, is completely run by his wife Lucia and younger daughter, Rossana. And yet, in the family, the idea of a female approach to running things does not exist. "I find a classification of women, and not just people in general, to be quite bizarre," she says with regard to her top ranking.