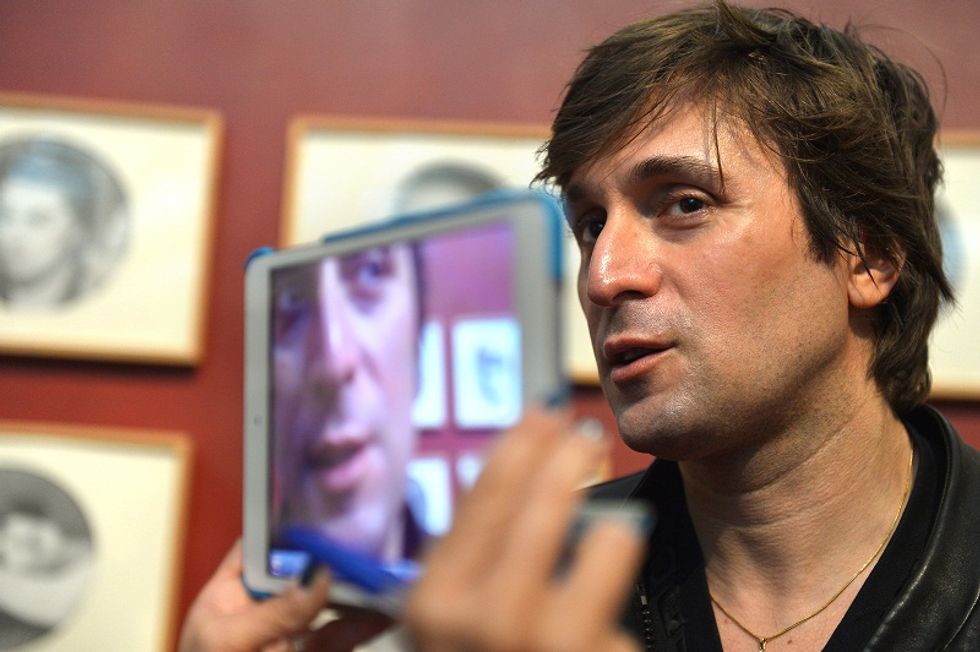 Trinity is a series of three exhibitions in Rome, New York, and Los Angeles aimed at providing an all-encompassing view on the artist's visual art.

"Glamour is a very expensive commodity. I have to continue wearing it, until the day I die", says a stylish old lady at the very beginning of Francesco Vezzoli's Trinity exhibition trailer. The video introducing the Italian artist and filmmaker ambitious retrospective continues with the following words: "Fifteen years, three cities, two nations, one vision" to put altogether on stage art, fame, religion, obsession, vanity, sex, divas, and celebrity belonging to Vezzoli's world.

More than one details help confirming the author's view that his innovative exhibition should be considered a "crazy-spective" rather than a retrospective. First, the choice to organize it in three different locations and in two different countries. Second, the idea of not opening them at the same time rather gradually, to raise the mysticism linked to the author's obsession with culture, religion, sex, and celebrities. Third, the decision to buy a church in the South of Italy and bring it, brick by brick, to New York.

The first opening is the Italian one. Galleria Vezzoli runs from May 29th to November 24th, and it is focused on the artist. The second one will be in New York (autumn 2013), followed by Los Angeles in late autumn/early winter. While the MoMA exhibition will explore Vezzoli's religious world, the MOCA one will celebrate his passion for cinema and his obsession with celebrity.

Discussing about Italy withthe British daily The Independent, Francesco Vezzoli stressed that the country is now "going through a very shaky moment", adding that many industries that used to represent Italian excellence "are no longer that excellent". Finally, he described fashion companies with the habit of sponsoring art or the restoration of ancient monuments as the only ones that can nurture today Italian "excellence bridge to worldwide culture", as if Italian fashion could survive only with the help of culture.