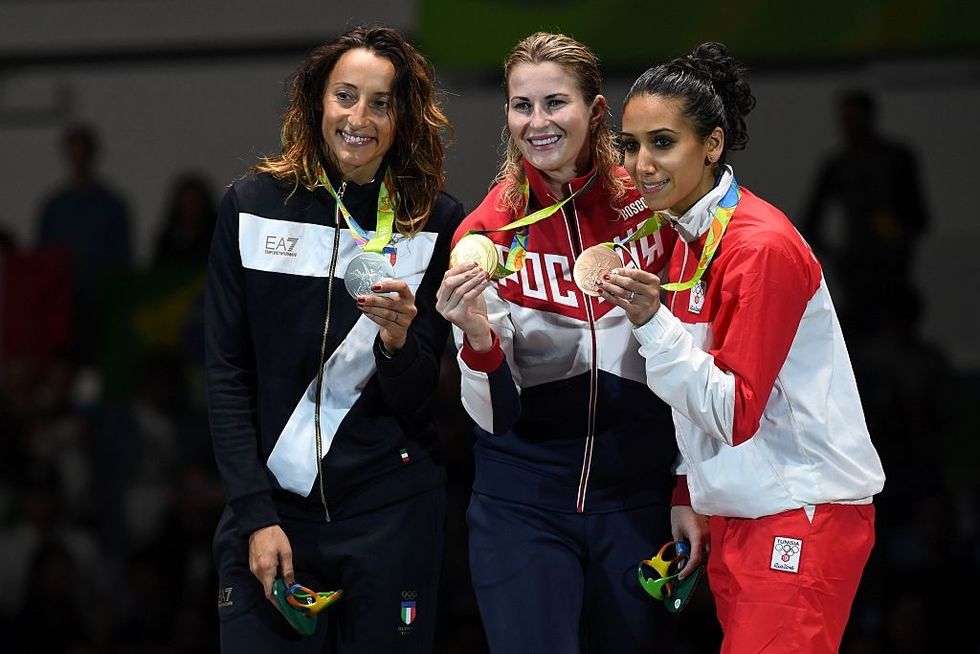 What athletes eat: an insight on the Olympic diet

A good athlete must take care of his diet. This is a basic principle for every sport, even more during the Olympic Games.

Turkey and chicken are the most favourite meats given that Italian Olympic stars eat 90 kg a week. They have very low cholesterol and a good composition of aminoacids.

Besides this kind of proteins, athletes eat light dishes, combining carbs and vegetables, without forgetting fruits. Carbs -as highlighted by Michelangelo Giampietro, nutritionist and sport doctor, during an interview for the Huffington Post- help before, during and after the performance. In fact, before practicing sport carbs fill muscles and liver with glycogen, during in order to prevent hypoglycaemia and after in order to rebuild muscular glycogen. Among the protein-based foods, we should opt for those having less fat, such as white meats, fish, egg white, the Italian prosciutto and bresaola.

Olympic athletes need more liquids than the average given their significant perspiration. An adequate liquid assumption is essential to prevent de-hydration happening during physical exercise. One should start drinking 4 hours before physical activity, about 5-7 ml per kg.

If we take a look to the details, cyclists normally have a very big breakfast and during the ride they usually eat sandwiches. Also fencers usually have a lot of snacks and only a good meal a day in order to feel light for the competition. Athletes performing artistic gymnastics mostly eat fruit, veggies, white meats and very little fat.

This is the menu of Italian athletes at the Olympics, which differs very much from the American ones. For instance, US stars cannot start their day without peanut butter and jelly in a flour tortilla. Following snacks are made up of bacon and eggs, cheese and avocado sandwiches and fruits, both fresh and dry.

Two main meals are usually characterized by meat, carbs and veggies. Surprisingly, milk and ice-creams are also in the diet.