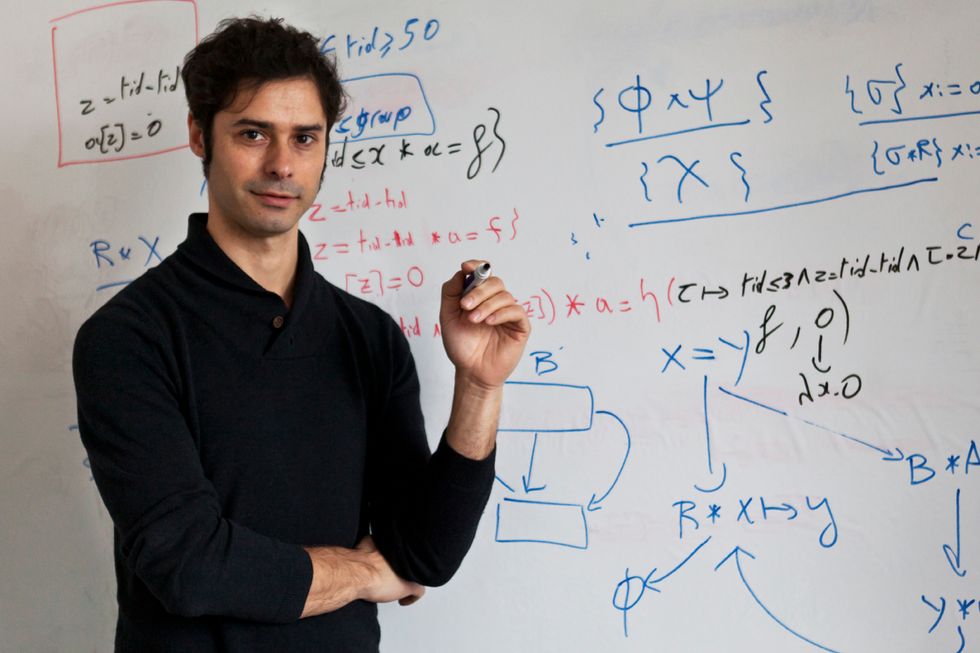 Rejected by the University of Pisa, in London he created a software that flushes out system errors … and won him a prestigious award

In Pisa, the university rejected him; in Fiesole he accompanied children on the school bus and stamped fines; in Biancavilla in the province of Catania, he drove his math teacher crazy. And in London they awarded him what is considered the Nobel of computer science (the Roger Needham Award) and a professorship at Queen Mary University. But he doesn't blame anyone. "They rejected me at the University of Pisa because in Italy the competition is tough. We're too good," says Dino Distefano, 39, a top-level computer science researcher who, as a boy, wanted to "paint" with the keyboard (almost in emulation of his father, who actually painted) and dreamed of fixing the world through the computer.

A dream that has come true. Distefano invented an application that can eliminate errors in computer systems, a discovery that won him the prestigious London prize. An important break-through which opens the door to a world in which errors can be foreseen thanks to this "software for software": a sort of vaccine that stops computer systems in planes or cars from going into tilt, thus preventing potential disasters. Today, Distefano has founded a start-up company, Monoidics, and among its clients are Mitsubishi, Airbus, Toyota and Magneti Marelli. He spends his days filled with algorithms, walks around Huckney where he lives, near the City of London, and hours at the blackboard to put into practice what he has patented.

And to think that it was just a few years ago that a blackboard convinced Peter O'Hearn, a master of computer science, to give him a scholarship. "He called me into his office. The only things in it were a chair and a blackboard and he said, 'OK, show me what you can do'." For seven hours, Dino filled it with numbers. The next day he got a call. "If you want, you can start in January." With a dash of impudence and courage, he answered: "I can start after March. First, I want to see the world, if it's alright with you." Who did this Italian nobody think he was? Well, why not wait for this would-be painter who played with numbers as if they were finger paint? "Fine, I'll wait," was O'Hearn's reply.

On his return, Distefano took on the role of computer investigator, a modern-day Auguste Dupin and, finally, his discovery. The rest of the story is a document lost in the Italy file and re-discovered in London.