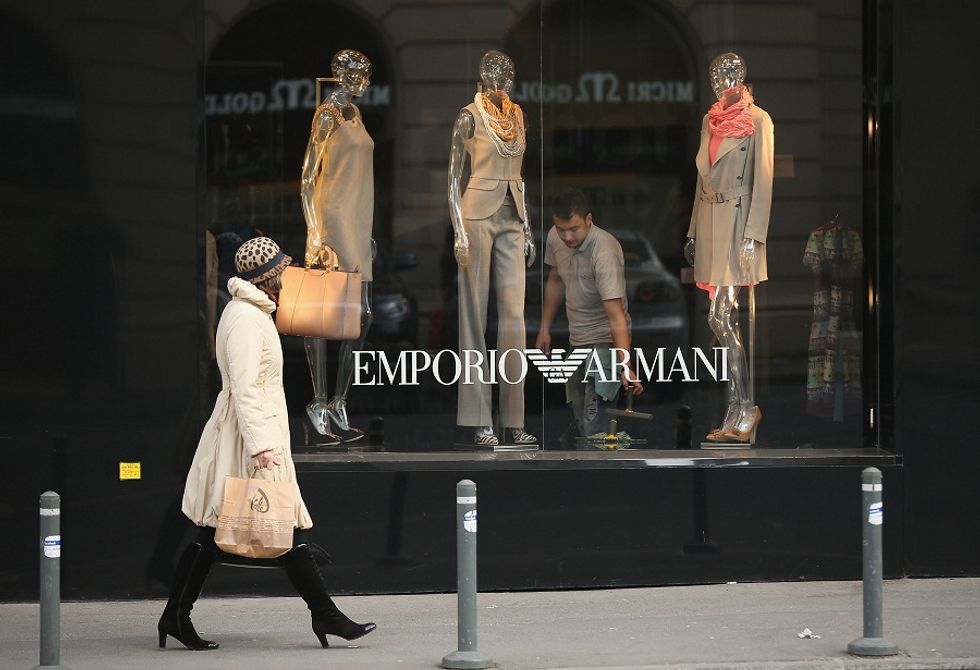 The Italian brand performed so well thanks to style, quality, affordable prices and new store openings

2012 has been a great year for the Italian fashion group Giorgio Armani. Defying the global market downturn, the Italian brand registered a 16% growth in sales, an astonishing result that is making its management even more ambitious for 2013.

Although data prove that the group, which is still 100% owned by the designer Giorgio Armani and his family, never suffered much from the global downturn, as in 2011 sales registered a 13.6% increase, 2012 boom has been mainly dragged by the two premium brands of the fashion empire, Giorgio Armani and Emporio Armani. They performed much better than other more affordable lines such as Armani Jeans, Armani Exchange, and the most classic Armani Collezioni, and the group management believes that Jeans and Exchange lines will actually drag 2013 sales boom.

In order to achieve this result, they will have to be treated in the same way as premium brands are, that is maintain the style and the quality that costumers associate to the group and offer it at affordable prices.

Moreover, the group should continue focusing on how to favor sales abroad. Nearly half of Armani profits come from Europe, and at least 10% of them from Italy. It is actually interested to notice that despite adverse economic conditions, sales relatively declined in Italy while they kept on growing in Europe. In China they also registered a double-digit growth, and all this happened while several other fashion brands were stagnating.

What is the key to success for Armani? Shops. Well, new shops. In 2011 the group invested 89 million Euro to strengthen its distribution network, opening hundreds of new stores at a pace that does not seem to be slowing. Armani has 2,203 single-brand stores, including nearly 800 that are directly managed and generating a third of its consolidated turnover. Other shops are entrusted to franchisees, especially in Eastern Europe and the Middle East.

In China Armani performed particularly well because rather than limiting its shops to the 30 major cities, like other luxury companies have done, it is present in many largest cities, where it is used to look for the support of a local partner in order to increase efficiency.

Armani strategy has proved successful all over the world, and the group management recently admitted that the good figures registered in the first quarter of 2013 have convinced them to look to the future with even more confidence.