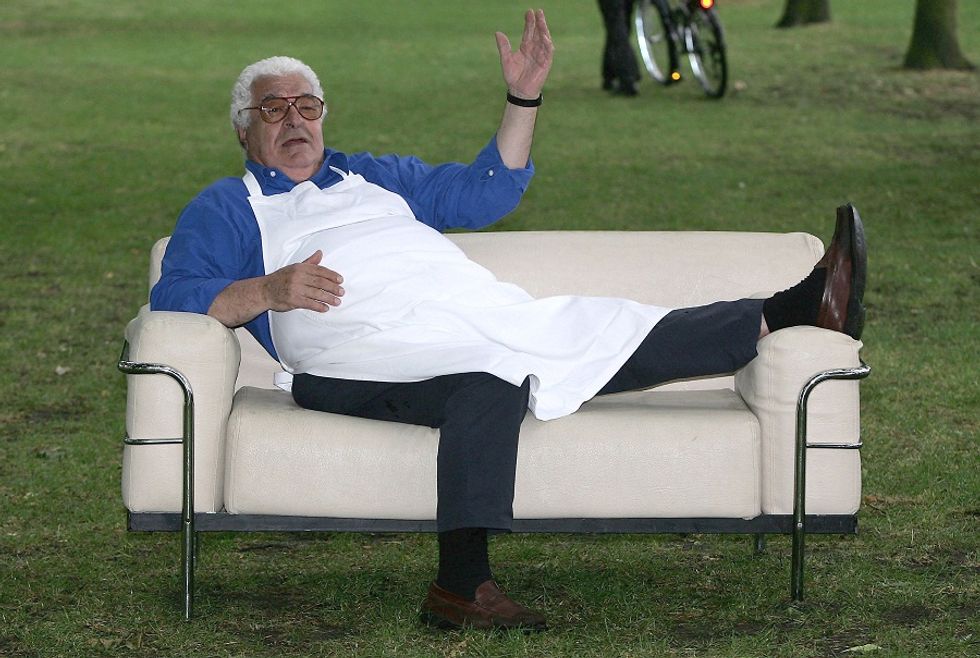 Antonio Carluccio, the king of the kitchen

He is a chef, a restaurateur, a writer and television personality, in love wth simple and tasty food

Antonio Carluccio has only one passion and it is food, especially high quality and regional Italian food. He spent his whole life promoting the flavours and traditions of Italy's region, bringing the Australian magazine italianicious to refer to him as "the godfather of Italian cuisine".

Ms. Carluccio is a chef, a restaurateur, a writer, with 19 books already published, and a television personality, starring in the hit BBC television series Two Greedy Italians. He has thick white hair, a strong Italian accent, a warm smile and an extraordinary knowledge of Italian regional cuisine.

According to him, it is simplicity that makes Italian food so special. However, during an interview with italianicious, Mr. Carluccio pointed out that beyond any expectation, it is not that easy to achieve simplicity. "When it comes to cuisine", he said, "my motto is 'MOF MOF' whic means minimum of fuss, maximum of flavour. There is no need for complicated cooking. If you do something very simple with just a few ingredients, you can create a very good dish - that's what Italian food is all about. Italian food was never made to be very complicated and that's the beauty of it".

At the very beginning, counting on the good memories of the delicious food his mother was used to cook him, he said he started cooking mainly to prepare for himself what he was used to eat when he was a kid, at a time in which he could not afford to go to restaurants. At a later stage it came natural to start cooking for friends and other people, just to share with them the goodness of Italian food.

He is now a star, and to people interested in following the same career path, Mr. Carluccio is used to recommend focusing on simplicity and taste. "Taste is very important, presentation comes second. The dish shouldn't look bad, but looks are less important than taste. People are now rediscovering the good old ingredients and putting them together in a traditional fashion - and that's a very wonderful thing".