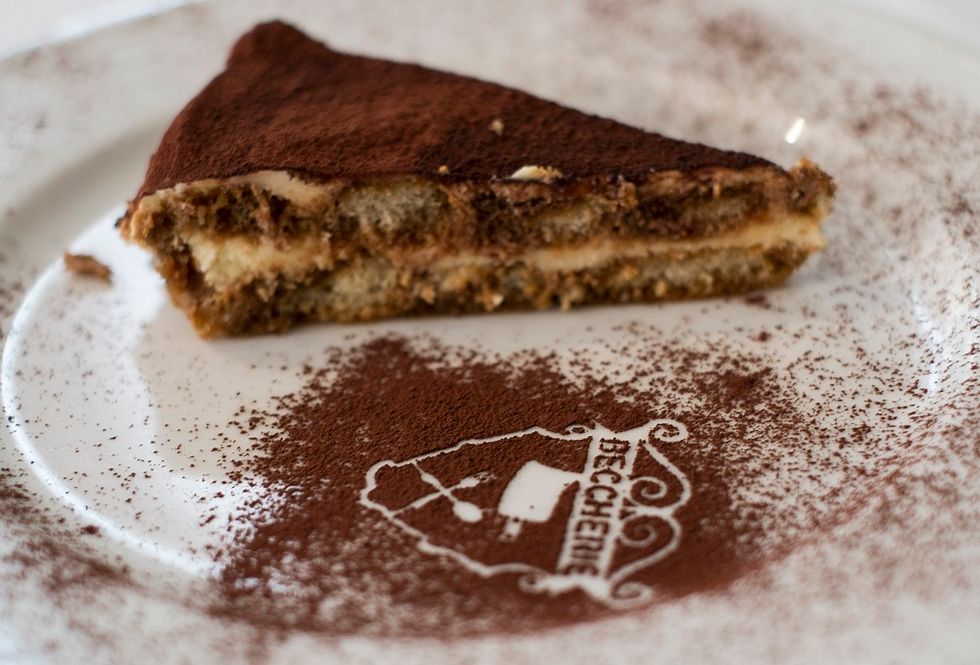 Strawberries, green tea and sliced bananas among the ingredients used to create a new version of the famous Italian dessert

Andrea Ciccolella, 28, from Feltre in the Veneto Region, has won the first-ever Tiramisu World Cup, which was held recently in Roncade, near Treviso, and saw 700 people competing to demonstrate who deserved the prize.

Mr Ciccolella is not a pastry chef (he is currently a worker in the eye-wear factory Luxottica), but surely does not lack talent in cooking and may have a future in the food industry, as he declared that his dream is to open a small cake shop of his own and sell  traditional, home-cooked products.

The World Cup participants came from all over the world and many of them tried to impress the jury by adding a personal touch to the traditional recipe where ladyfinger biscuits are steeped in espresso, mascarpone cheese, eggs, cocoa powder and sugar. Strawberries, green tea and sliced bananas were among the ingredients used to create a new version of the tiramisu.

Tiramisu quite literally means "a pick me up" and is one of Italy's most popular treats. An unverifiable story says that it was created in Siena, on the occasion of a visit by the Grand Duke of Florence Cosimo de' Medici III (1642-1723), in whose honor it was originally named "zuppa del duca" (the "duke's soup").  The real origins of the dessert are far more recent. According to researchers Fernando e Tina Raris, the first tiramisu was proposed during the 1970s at the restaurant Le Beccherie in the town of Treviso.  The recipe appeared to be an invention by Le Beccherie's chef, Roberto Linguanotto. Recently, writers Clara and Gigi Padovani found recipes for tiramisu in the Friuli Venezia Giulia region that dated from the 1950s. Whoever invented it, tiramisu is now a popular item on the menus of restaurants all around the world, the first and most famous one being Le Relais Plaza in Paris, which listed a tiramisu as early as in 1987.