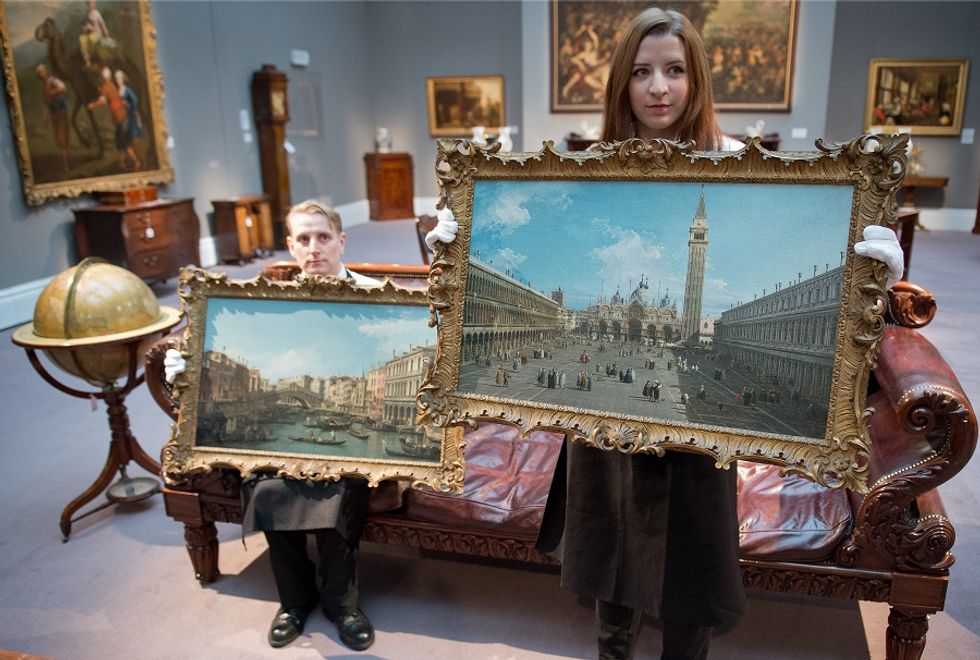 After the footprints of Pietro Bellotti, the other Canaletto

Pietro’s began in Canaletto's workshop when he was 15 years old. He learnt to draw on the secrets of vedutism

Under the title "Pietro Bellotti, the other Canaletto", the Museum Ca' Rezzonico exhibits 43 paintings never seen before in Italy. The exhibition is being held until April 28, 2014.

Alberto Craievich, Ca' Rezzonico museum director, said to the El Pais newspaper that "Fifty years ago it was thought that only Canaletto, Bellotto (older brother of Pietro) and Guardi existed. Today we know that there were other artists who had an autonomous style and made large scale paintings like Pietro Bellotti".

After Pietro's father abandoned the family, Pietro felt he needed to contribute to the family's economy. Pietro's began in Canaletto's workshop when he was 15 years old. He learnt to draw on the secrets of vedutism. Pietro's older brother Bernardo had already spent a couple of years with Canaletto. Pietro broke all family ties in 1775. He sacrificed a promising future in his uncle's workshop in search of creating his own style and fortune inEurope.

Pietro and his brother Bernardo shared an artistic rivalry. According to curator Domenico Crivelari, Pietro had an emotional and learning relationship with his grandfather. Canaletto preferred the brother Bernardo. When the grandfather died, Canaletto closed the workshop.

There are few traces in the almost unknown biography of Bellotti. At 22 years of age, he fled from Venice forever. He led an adventurous, Casanova style life until he married Francoise. They had ten children of whom only four survived. In 1762 he left his family to seek his fortune in England. Enraged, his wife sold 22 paintings found in the house. He died in France between 1804 and 1805.

The authenticity of Bellotti's work has been made possible thanks to Charles Beddington's essays.

According to Craievich, Pietro was a strong individual with a unique style. In conclusion, "Canaletto was Canaletto".