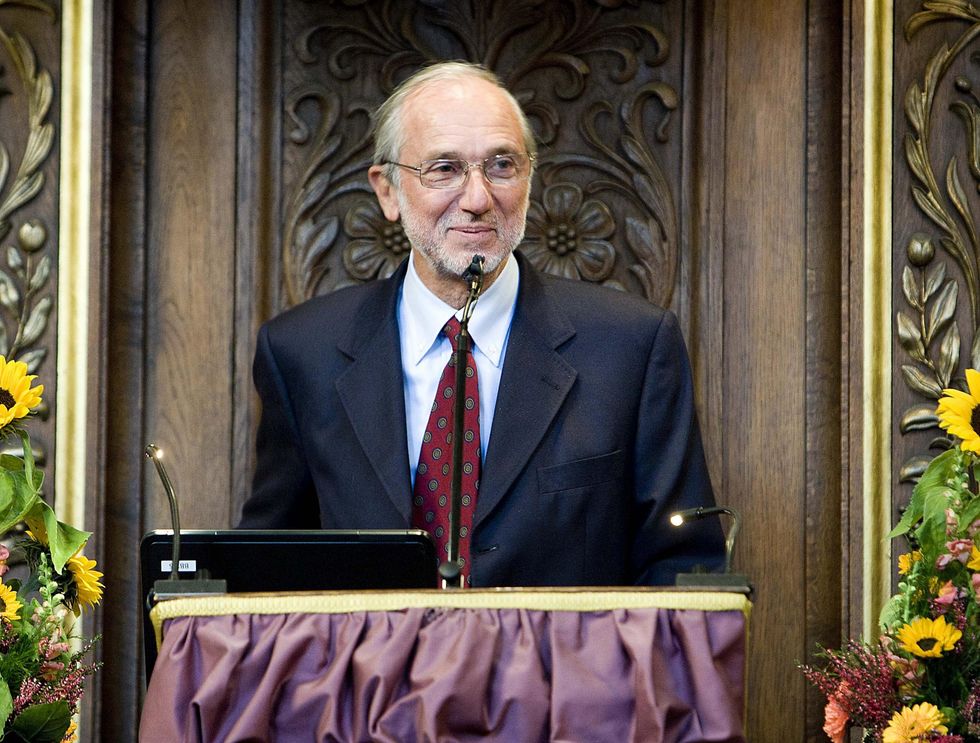 We have a compass in our DNA. An Op-ed by Renzo Piano

Our humanistic roots. Culture. Imagination. But we are also in the middle of the Mediterranean. So we are able to fly

(as told to Carlo Piano)

I'm delighted that Panorama has asked me about what it means to be Italian and the things I like about us, also because up to a short time ago in my travels around the world, when the subject of Italy came up people would give me little pats on the back as a sign of compassion and encouragement.

They meant well, so I can't complain, but now they've stopped doing it and this seems like a good time to discuss the subject.

In the first place, what helps us Italians is our ability to fantasize, but that's an advantage only if we have first learned our multiplication tables well.

We are capable of flights of fancy in the midst of rigorous rationality and of incursions of rationality into the most fanciful ruminations.

However Italo Calvino said that fantasy is like jam: you can't eat it by the spoonful because it will make you sick.

Jam should be eaten a little at a time and it's best to spread it on a solid slice of bread, just as fantasy should have roots in the world of reality.

In the research center for the Mind, Brain and Behavior that I am building for Columbia University in New York, many of the 700 young researchers who work there are Italians and that must surely mean something.

The experimental and scientific approach is imprinted in our Dna and not more than ten generations have past since Galileo Galilei's try-and-try-again.

That's like saying yesterday, or the day before at the most: we are talking about our great-great-great grandparents.

Even our artistic culture has experimental roots, we could say the roots of the workshop: Steven Spielberg, with whom I am working on the project of the Academy of Cinema in Los Angeles, has included the masters of Italian Neorealism in his course on film directing, just to give you one example.

The adherence of our art to the reality of things and to experimentation is still significant and gives us credibility at the world level.

This combination of qualities is what we call our humanistic legacy: the ability to be at the same time militant - in the sense of focusing on people - but also scientists and artists, however always with a strong connection to the real world and to experimentation.

This ensures continuous contamination among different disciplines - even architecture is not a pure art (and in any case we know that pure art is sterile).

These are the characteristics that make us strong in the world.

What I mean when I talk about the Italian character does not have a lot to do with nationalist spirit, but rather with the humanistic roots of our culture.

We are like midgets on the shoulders of a giant, so we can see a little farther.

We have an innate ability to clearly grasp the most complicated concepts.

In America they call it a lateral approach, and it is in our genetic code.

There is an ability to incorporate that which is different and take advantage of it, to identify what I would call the global affinities that appear here and there in the world.

Even when we explore uncertain pathways we Italians do not risk getting lost as much as others do, because we have the compass in our Dna, and that is our great gift.

If anything, the risk we run is that of being paralyzed by the past and becoming invalids of nostalgia. But in the best cases our sincere gratitude for the past is accompanied by a genuine rebellion to invent the future.

Italy is basically a sensor in the middle of the Mediterranean Sea that is a soup of culture, a peninsula between Africa and Europe.

Genoa and Venice based their fortune as maritime republics on just this. If we are this way, there is also a topographic reason that has given us the ability to articulate, absorb and process.

Then, alongside the Italian character there is the Mediterranean character, that is an inspiration of language and light, sounds, colors and vibration: people from all over Europe came to make their Grand Tour in our country; there is a certain lightness of being in the nature of our land.

I speak of a certain lightness of being that is also in our thought: a form of intelligence that is light and sunny, the opposite of that heavy, grayness that is the harbinger of catastrophes.

That of the Mediterranean is a lightness of expression, a suggestion for the language of «levitas», a state of suspension that challenges the law of gravity.

I am particularly sensitive, also, to the Genoese concept of thrift, that has nothing to do with miserliness: it has to do with the economical use of language and things, with lightness itself - «More for less» is what they say in the United States, but in Genoa we have been saying it for centuries: «chi nu se straggia ninte», which, in the local dialect, means that we don't throw anything away here.

You could also call it sustainability.

I'd just like to add one last thing: they say that we can't get things done in Italy because too many people fly low and trip us. There are plenty of those people, but we shouldn't let it worry us too much - there are people who fly very low in lots of other places, even in London and New York. What is important is to keep flying high, while looking carefully where we're going.