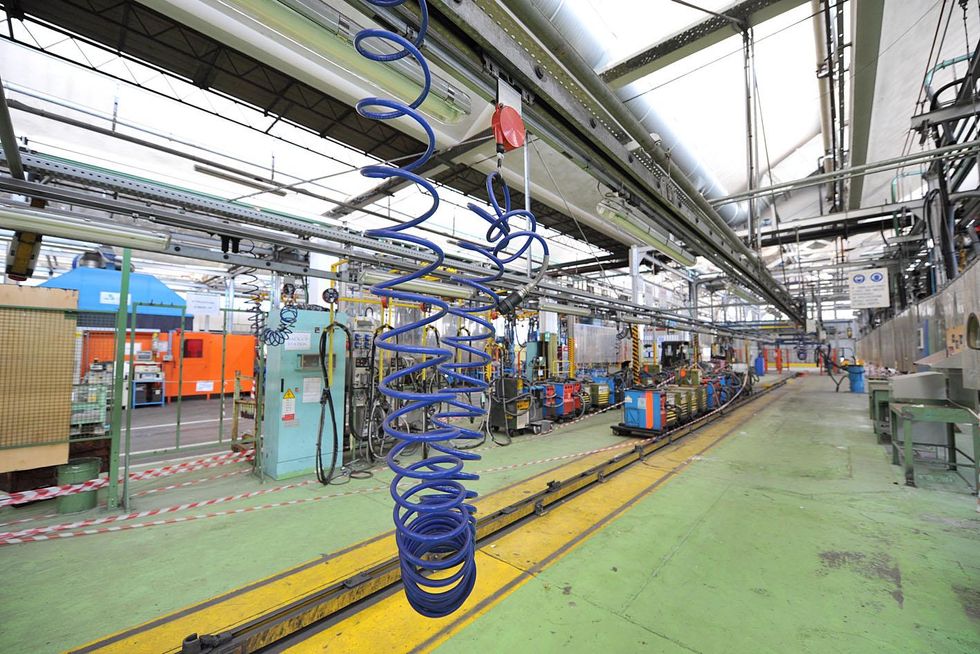 For those who have accepted the idea of a country in slow, inevitable decline, whose only hope is not to precipitate, seeing the spread on its debt go down by 200 points might, effectively, lead them to think that the end of the crisis is near and that, perhaps, once again, the huge, inefficient and parasitic creature that is the Italian government will survive the latest of the countless disasters it had created, and will continue to milk the citizen-producers as it has, shamelessly, for decades. But those who think that the crisis consists of the economic and social decline of which we have been victims for more than twenty years, and that it can only be overcome by returning to grow at a rate of 2 or 3 percent per year in real terms, turning the state inside out like an old sock to make it something that serves the citizens and is not served by them, generating social mobility and intergenerational equity, know that the crisis is still there, as bad as before - indeed, worse.

The readiness of the ECB to purchase government bonds and the start of the ESM after the German constitutional court's ok are a turning point in the management of the European debt crisis. In particular, the decision of the ECB offsets the risks of convertibility of the euro indicated by the negative short-term yields of Core Europe. For this safety net to become permanent, however, a precise commitment is necessary by our country that it will maintain adequate fiscal rigor and reduce the productivity gap with respect toGermany, with additional help from the social partners.

The reduced dynamism of productivity is reflected, in the medium term, by the competitiveness of our products and levels of retribution. Concrete evidence of this can be seen in the difference between the average salary of a German worker (25,128 euro) compared to that of an Italian (19,147 euro). It is a spread of 31 percent that weighs even more than that between Btp and Bund.

After the announcement of the ECP that it will purchase government bonds without limitations, the stock market improved and the spread fell. Does that mean our troubles are over? Careful, it's already happened in the past that the markets went down again. In the summer of 2011, the reaction to the purchase of about 200 billion euro in Italian and Spanish bonds by the ECB was positive. That also took the pressure off the governments to continue their efforts to rebuild their economies and enact reforms. The markets got the message and started attacking again, voiding the earlier gains. The same thing happened for the two operations of extraordinary financing in December 2011: immediate reduction of the spread, followed by an easing of the efforts toward improvement, followed by a return of the tension, this time with greater violence. «The measures to stabilize the currency cannot take the place of political action» stressed Angela Merkel in approving the decision of the ECB. In other words, the governments have to do their part, as she insists. Experience shows that she may not be wrong.

*Professor of Economics at Washington University and researcher at the Fed in St. Louis