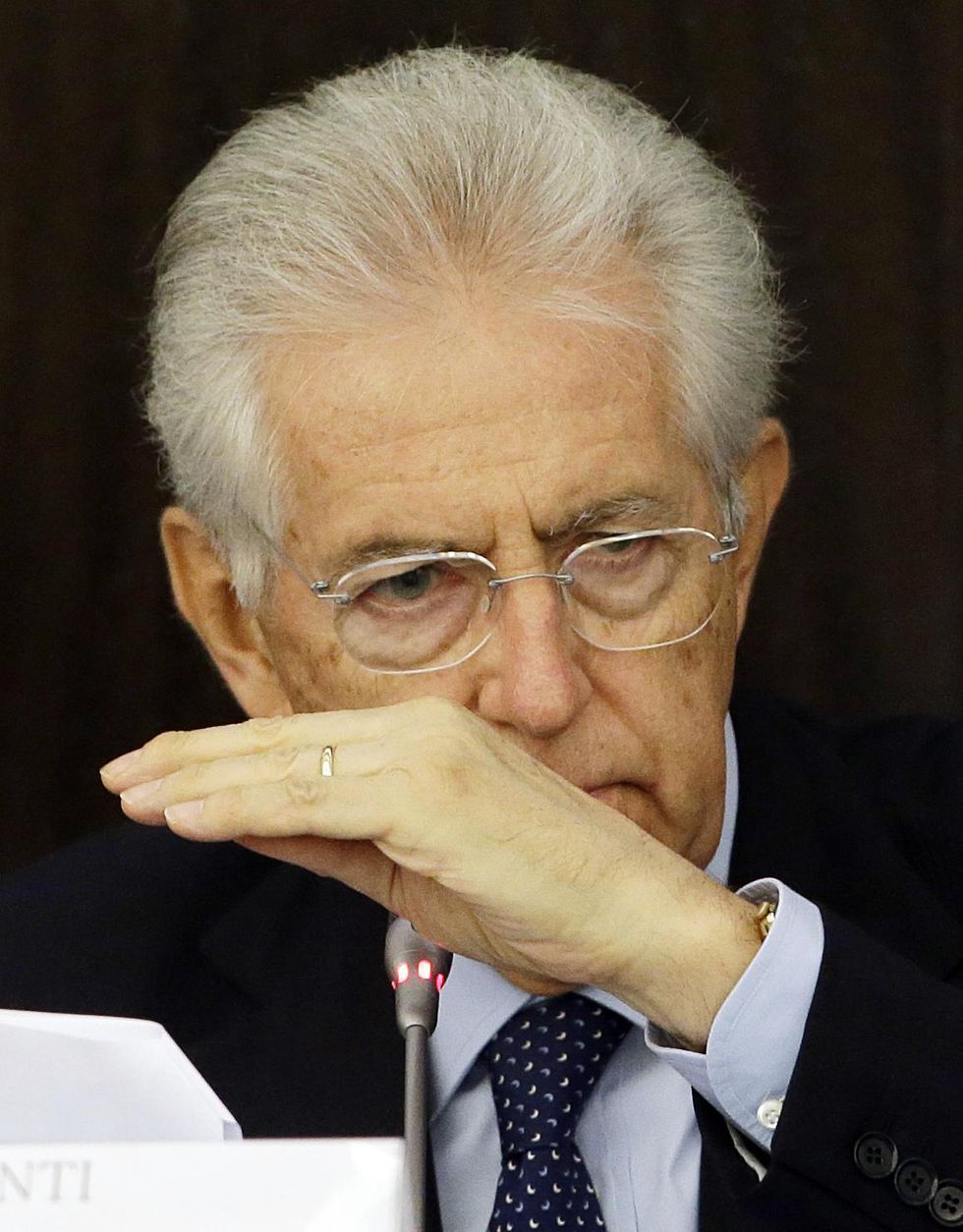 by Nathania Zevi from an Op-Ed by Alberto Saravalle

Saravalle is member of a new political movement named "Stop the decline" and presented in the article as something new, emerging from the vacuum of ideas and inspired by ideals such as liberal economy, competition and meritocracy, which Saravalle considers to be the only tools with which Italy will recover from crisis.

"Italian politics after Monti," is the title of the WSJ's article that begins by pointing out all the dangers of a new markets crash after Monti's government, a risk considered high and concrete and involving also countries such as Germany and France.

According to Saravalle, managing partner of Bonelli Erede Pappalardo (one of the most important Italian law firms,) Italy may have succeeded in limiting crisis effects, but uncertainty remains on how to stimulate growth and investment after 2013, once technocrat Prime Minister Mario Monti steps down and Italy will return to elections.

Even if there were such a plan, and political parties decided to stick to Monti's line in compliance with the European guidelines, explains Saravalle, Italian politicians are too focused on particularisms and rivalries to be able to implement a common project, as they are very careful not to take measures which might disappoint their voters.

Moreover, the fragmentation among parties rules out any chance of large coalitions in the Parliament.

The scenario, described by Prof. Saravalle is, therefore, very pessimistic with severe consequences affecting not only Italy, but by domino effect, also the rest of Europe and overseas countries.

On the center-right is People of Freedom (PDL) party founded by Silvio Berlusconi who is now threatening a comeback; on the left is the Democratic Party (PD) the historical opposer of PDL, potentially in alliance with left movement Left Ecology and Freedom, not characterized by left strong radicalism; in the center a coalition of former Christian Democrats and disaffected or former Berlusconi's allies.

"This new movement, led by Oscar Giannino - (journalist and editorialist for Panorama)," Saravalle explains, "is emerging from this vacuum of political ideas with new proposals and faces. It gathers professors, entrepreneurs, professionals. More than 22.000 people have joined the movement from the end of July up to now."

In the article Saravalle summarizes the " Stop the decline" 10 points of structural reforms, explaining that these changes may seem obvious to citizens in other countries, but they might in fact be very revolutionary in Italy.