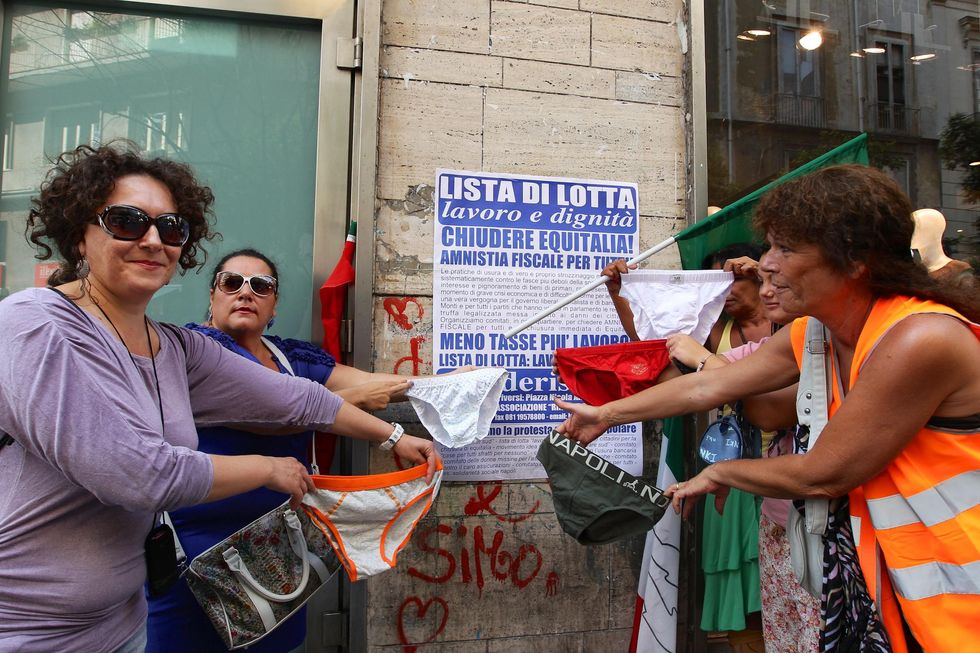 No one can play by these rules

Are we repairing the hidden fractures that the crisis is signaling?

A great many people think that the crisis, which has paralyzed the most advanced economies in the world since 2007, is a product of financial speculation.

It's not just the populists like Beppe Grillo who see the origin of the crisis in the greed of a handful of unscrupulous financiers. The idea that our problems are the bitter fruit of the "derivativization" of the economy is very widespread even on the left and among the more thoughtful of those on the right, and has certainly penetrated the common sense of a lot of people.

There is some truth in this belief: the unbridled growth of the weight of financial instruments with respect to real assets is one of the vehicles that has made the crisis so severe, widespread and difficult to control.

It would be an error, however, to think that this is the only origin of the problems with which so many countries have been struggling in the last few years.

In a book published recently, Fault Lines. How Hidden Fractures Still Threaten the World, the great Indian economist Raghuram Rajan patiently reconstructs the deepest origins of the crisis and reminds us that a number of hidden fractures underlie it.

These «fault lines», have amplified over the years and led, eventually, to the collapse of 2007-2008, first with the crisis of the subprime mortgages and then with the bankruptcy of Lehman Brothers.

The crisis is the event that signals the existence of these hidden fractures, and at the same time it is a mechanism for repairing them.

But are we repairing them? If we look at the major European economies, the answer is not a one-way street. Let us take a first fault line, the diverging performance of trade balances.

Here, effectively, there has been a rebalancing, with Germany that, while remaining positive, worsens its balances (-1.9 percent), while the United Kingdom, Poland and above all Spain, which had the most negative balances in 2007, have improved theirs, returning closer to an even balance.Italy is not participating in the improvement, however.

And what about Italy? Unfortunately, again Italy does not contribute to the pattern.

Among the six largest economies of Europe, Italy's is the only one that is doing worse on all counts. Its trade balance has deteriorated by 1.2 points while in Spain it has improved by 5.9 points.

Its cost of labor per unit of product has increased by 2.6 points, while in Spain it is down by 0.5 percent. But the most negative signal comes from productivity. In the five years of the crisis, all the great European economies have in any case increased productivity.

Greatly in the case of Poland and Spain, very little in the case of Germany, which perhaps focused more on saving jobs than on increasing competitiveness?

Italy, however, is the only major economy in which productivity decreased, albeit very little (-0.4 percent). The crisis is evidently causing important readjustments among the major European economies but Italy does not seem to participate much.

One could think, and the government seems to think, that this is due to a lack of cooperation between the social partners, labor unions and Confindustria more than anything else.

If this diagnosis were correct, we could and should expect a great deal from the timid attempts at negotiation over the last few weeks. But unfortunately our expectations are unlikely to be rewarded with success.

Not so much because the social partners might never reach an agreement, but because the roots of our poor productivity go much deeper than the good or ill will of the workers and their employers.

Sadly, these roots lie in things we cannot change easily: the exorbitant cost of the inputs, from electrical energy to money, a suffocating network of bureaucracy, a fiscal system that discourages investments, which are our only hope for increasing the output per employee.

Often our enterprises are inefficient, it's true, but the question is: could an efficient Finnish enterprise stay on the market if it had to operate in Italy? And there is a counter-query: mightn't an inefficient Italian company, which pays too much for energy, money, insurance, justice, and has to give the state 68.6 percent of its business profit become miraculously efficient all of a sudden if it could operate, for example, in Finland?