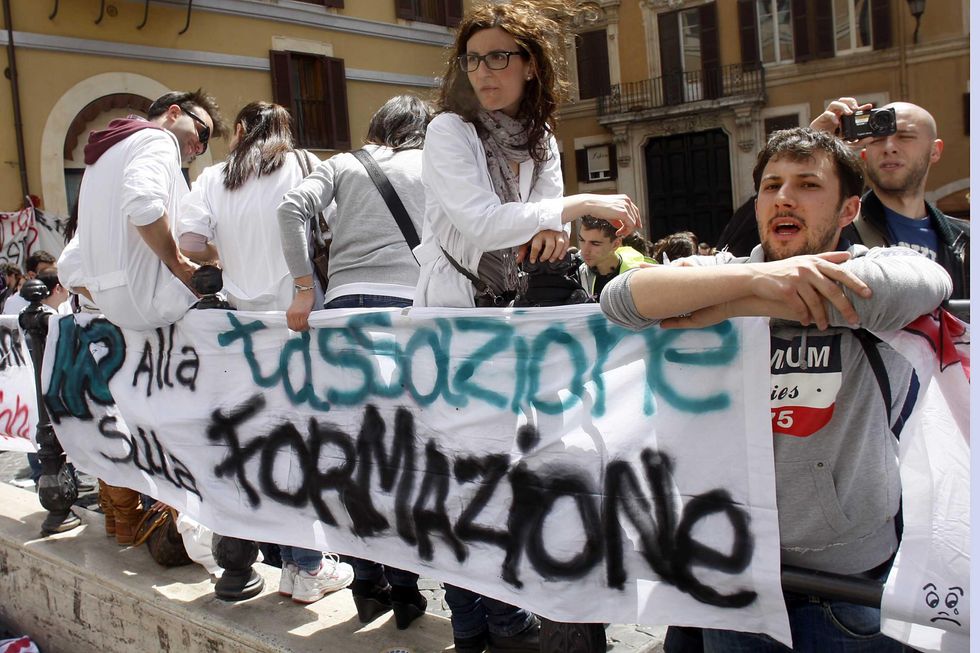 Reducing personal income tax is not the best way to stimulate growth: the taxes on production are the real obstacle to development. But they’re not being reduced.

Taxes, taxes and more taxes, even when they tell us they're decreasing. The latest tax package enacted by the government only confirms the rule.

It's true that the percentages of the two lowest income levels have been reduced, but if we look closely at the package we discover that the overall fiscal pressure has not decreased but has actually increased slightly, according to some estimates.

The media trick is to play up the shouted message «we are lowering personal income tax» while downplaying the whispered aside «however we're increasing the VAT» and «we're taking away your deductions and exemptions».

I don't want to argue, however. What I would like to call attention to is the extraordinary continuity of the fiscal policies of all the governments in the last 20 years, including this one,naturally.

What do they have in common? What is the common belief that unifies left and right, political governments and technical governments alike? Certainly not the idea of raising taxes, because that is a distinctive characteristic of the governments on the left, including the present government that is also a tax-prone one.

No, the common belief is that the tax package, both when it consists of timid reductions (as in 2001-2005), and when it is made of increases or «remodulations» (i.e. shifts of the fiscal load from one social group to the other), has to serve a single purpose: to increase the electoral approval of the government that makes it.

Indeed, the taxes targeted by the political class are almost always those that affect a very broad range of families, i.e. personal income taxes (IRPEF in Italy) and property taxes (now represented by the IMU inItaly).

The taxes that directly affect production (IRES, IRAP and social security/pension contributions in Italy) remain in the background. Once in a while they are brought into the discussion, occasionally retouched (mainly just shifting the load, without reducing it), but a strong action focused on this type of taxes never gets off the ground.

The reason is very simple.

Taxes on production affect too small a portion of the electorate, more or less 1 voter out of 5, while the income and property taxes affect practically everyone.

By itself, this preference of politicians for «demagogical taxes» has nothing wrong with it.

It's normal for vote-hungry politicians to promise what the largest possible numbers of people want to hear.

The problem, however, begins to be serious when tax issues are combined with growth issues. That is when this approach doesn't work any longer. The idea that reducing personal income tax and property tax is the best way to stimulate growth is fundamentally wrong, because it is not taxes that hold the economy back.

The taxes that slow growth are those on production (corporate income tax and the regional tax on production). These taxes extinguish any investment ambitions, and the heavy social security contributions quench any urge to hire new people.

Italy is in the last place in Europe for growth, both as regards employment that, not coincidentally occupies the first place in another special category - that of the cost of the public administration on the income produced.

Let us consider, by way of example, the non-financial enterprises, which are the heart of our economy.

If we take 100 as the income they generate, the portion that remains in the pockets of the producers is just 53%, because the remaining 47% goes into the pocket of the public administration.

No other European country has such a lopsided economy. The government takes 42% of the income produced inFrance, 35% in theU.K.and 32% in Spain, just to mention the countries we usually compare Italy with.

The results are not hard to see. If we group the countries on the basis of the level of taxation of non-financial enterprises, we can see that the rate of growth per capita is inversely proportionate to the tax load.

In the next group, where we have France and Sweden, the growth rate drops to 0.5. And last comesItaly: tax load of 47% and growth rate negative (-0.9%).

What more do we need to hope for a change?