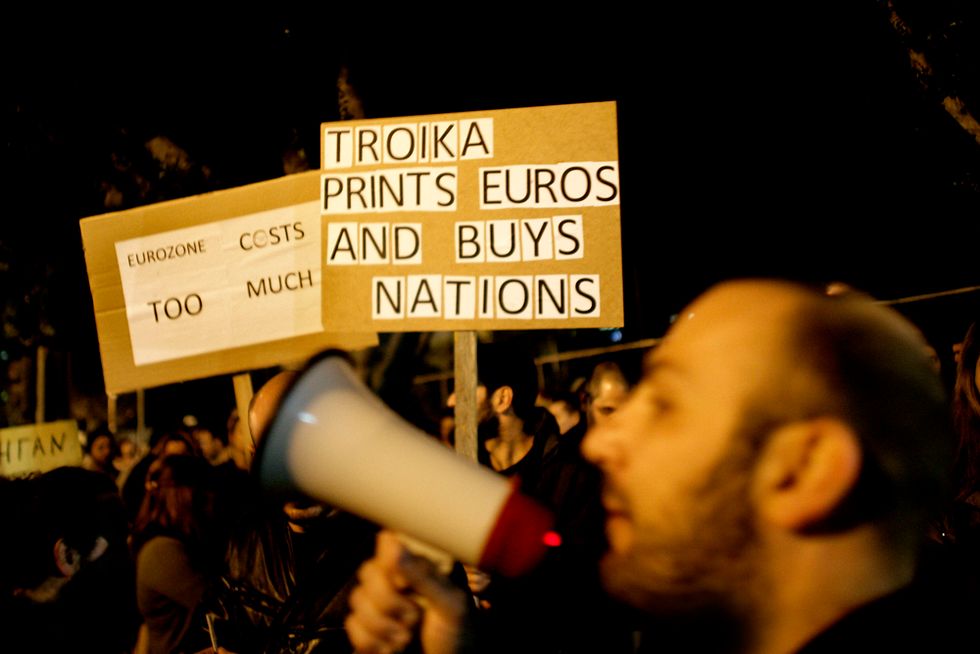 Will austerity be the death of us?

Lorenzo Bini Smaghi explains why it would be better to implement structural reforms. And why we always end up raising taxes: it’s faster and easier

Despite the political uncertainty following the election results and the worsening of the current economic situation, it's hard to explain why financial markets have remained relatively calm, with the spread between Italian and German government bonds stable around a base of 300 points. Fears of intervention by the ECB and the new expansionist policy of the Bank of Japan have, for now, brought vast amounts of capital into Europe, including Italy. However, this climate of relative financial stability has contributed to lessening pressure, creating the illusion that there is no need for hurry in creating a new government and taking on the economic emergency. What has happened is in line with the model that has inspired European governments for years, especially Italian governments, and explains why the crisis we are experiencing has been so protracted and profound. The difficult decisions, above all those involving structural reforms to loosen the knots that for years have slowed growth and to bring the Italian economy into the global context, are continuously put off because they conflict with pre-existing interests and those who defend so-called acquired rights.

It is only under emergency conditions, when it is clear to everyone that failure to act would have dramatic effects, that politicians and citizens in general realize that unpopular choices must be made. Only when the financial markets no longer intend investing in the country and the spread widens, does the public become aware of the risk of bankruptcy and that things can no longer be put off. Nonetheless, when decisions are made under an emergency situation, it is rare that they provide definitive solutions to problems that are complex and have long been ignored, and often the emphasis is placed on measures that can be implemented rapidly. An attempt is made to plug the holes and gain time in order to provide more comprehensive answers at a later date. This is why the adjustments made are mainly fiscally-oriented, instead of undertaking reforms that have laid languishing and which would make it possible to reinforce the country's growth potential and make it more attractive to international investors.

The paradox is that faced with the emergency, it is easier to get a tax bill through Parliament rather than economic reform because passing the latter always involves concerted action. But, once the most urgent measures have been taken, the pressure for implementing more general solutions tends to wane. The political incentive to complete the maneuver decreases, especially if this requires reforms that impact on vested interests. Austerity measures taken during the emergency are not imposed from the outside. They are the result of the inability to take on rapidly and efficiently the problems that have been afflicting us for years, connected to low growth and high levels of debt. This type of solution is only effective over the short-term and therefore risks being worse than the problem it sets out to cure. It generates discontent and feeds disruptive elements within society, thus favoring the creation of populist movements and placing democracy itself at risk.

Events in recent weeks would seem to indicate that this lesson has not been learned. If we don't quickly begin real reform, we risk falling once again into a new emergency requiring new austerity measures.