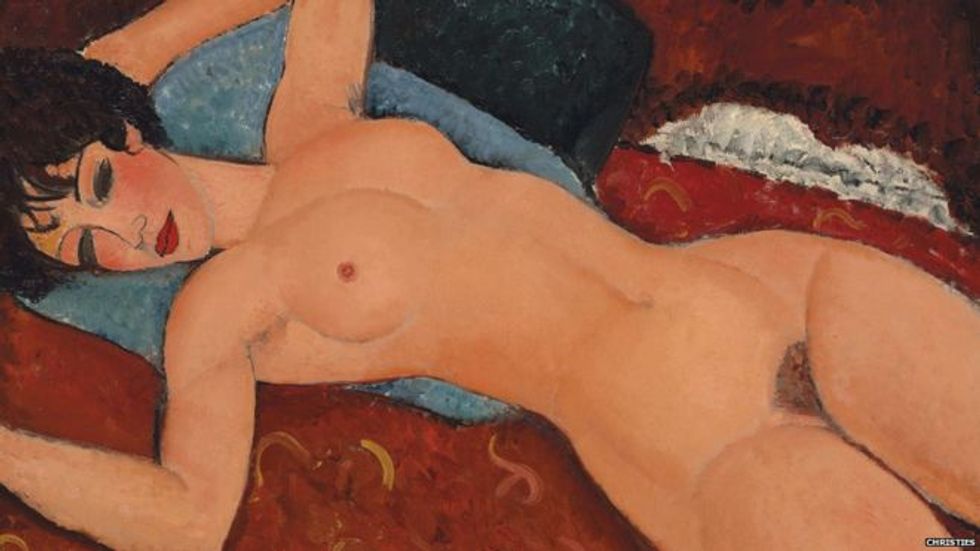 In an excellent article the British newspaper The Guardian has explored the secrets of the famous Italian painter Amedeo Modigliani languorous nudes. The artist used to say: "we fight against the nude in painting, as nauseous and as tedious as adultery in literature." As the Guardian recalls, at that time "the nude was dead; the speeding car more thrilling than the female body. Yet by 1919, Modigliani had almost single-handedly resuscitated her. This was not the decorous nakedness of Manet, the woman seen at a distance, wreathed in allegory. Neither was it the mutilating brutality of Picasso. These were warm, living women, bursting out of the frame towards the viewer; women drifting languorously to sleep or writhing with pleasure. Naked flesh, captured on the canvas, would never be the same again". And several artists recognize today that "without him, it might have been years before the nude became so easily erotic".

Beautiful, extremely talented, passionate about culture and art, this Jewish Italian in Paris ended up succumbing to alcohol and drugs, becoming more unpredictably irascible. He died in 1920, whan he was only 35.

What does these nudes represent to the Italian Futurist? According to Nancy Ireson, the curator of a Modigliani exhibition at the Tate Modern in London, at least some of his models "can be identified as 'new women' by their hair and make up. They were relatively well paid, earning five francs a day at a time when a female factory worker would earn two or three. And as a result they could participate in the new craze that saw ordinary French women as well as prostitutes buying the increasingly available cosmetics. Their red lips and dark eyes signify not that they were women of the night but that they were triumphantly of their times, influenced by female film stars. Certainly this is rendered convincing by their expressions in the paintings". The Italian genius transformed these "new" models into "erotic subjects in control of their own sexuality", and this was revolutionary at his time.