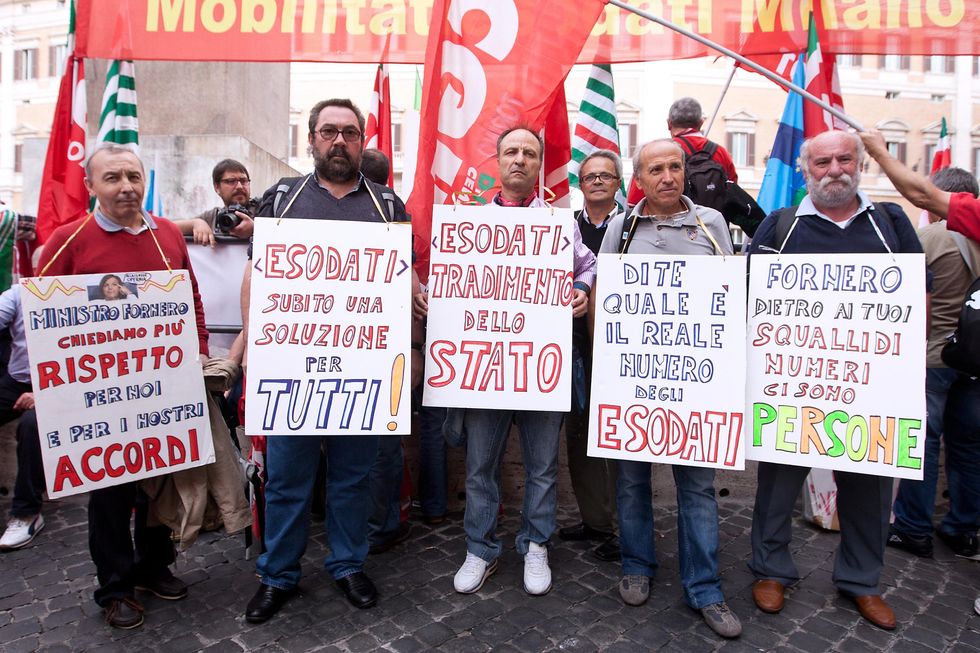 At the ripe old age of 69 I find I have become an «indignado». I certainly never expected to. But after reading the «news» regarding pensioners who receive over 3,000 euros gross a month I changed my mind.

With my "extraordinary" pension earned after 42 years of hard work, among other things, I manage to ease the hardships and mortification of my son-in-law, currently unemployed after being laid off during a corporate reorganization. But what do these experts in the government know about solidarity? Nothing. And that is another reason for my indignation.

The recourse of the Italian newspapers and television to superlatives or semantic prefixes like «super» or «extra» to describe a human condition says a great deal (indeed, a very great deal, just to stay in the realm of superlatives) about the state of the country.

In times of crisis, with the GDP in free fall, consumption shrinking, in short in these very complicated times in which we are living, those who receive a pension of 2,200 euros net a month are singled out as «super pensioners».

The immediate consequence of this is to place them in a category of privilege («rich» pensioners, they are called) and thus makes them subject to attack, harassment, fiscal humiliation. As if the withholding tax of 800 euros a month that our «super pensioner» pays the government were not enough.

Why should «super pensioners» have to be willing to lose the indexing of their check in order to fix the biggest political mess in history: voluntary early retirees deprived of the right to receive a pension by the raising of the retirement age? All that is more than unfair, it is unbearable.

Toward those who have worked for 35 or 40 years and who, in addition to diligently paying all their taxes, have paid a significant portion of their wages every month into the social security treasury, the government, and those who represent it, should only be grateful.

Attacking these people is both a betrayal and a failure. It is the betrayal of a pact and the denial of an acquired right. And it is the political failure of a government that is beginning to appear very strong with the weak and very weak with the strong.

The 100 million euros that they want to take out of the pockets of «super pensioners» should have been recovered, absolutely, through the elimination of expenses and privileges.

Instead, the law on the early retirement mess has accepted, once again, as it has many other times, the principle of a new expense financed with more taxes and not by cutting old and useless costs.

It is a new step down the blind alley of a policy that continues to depress consumption and suffocate the possibilities of growth. On the other hand, if we think about it, the definition of «super pensioner» is based on the fact that a person who receives a pension of 3,000 euros is getting six times the minimum pension paid by the Italian social security plan: 480.53 euros. Which is not a pension and doesn't even provide the minimum necessary to survive: it is a pittance that often subjects the recipient to the humiliation of seeking the charity of others.