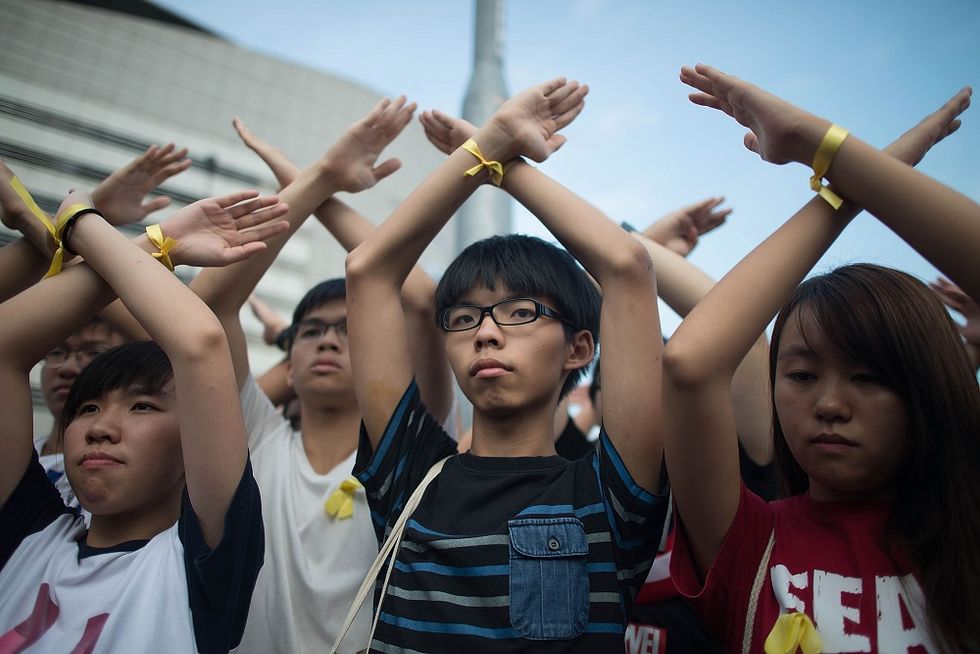 Confirming local government intention to opt for a "one man, one vote" system to elect the new Chief Executive in 2017, with only a few candidates selected and endorsed by a nominating committee competing among themselves, Leung Chun-ying is offering Hong Kong protesters the best compromise they could aim for after several weeks of protests.

It is not surprising to learn that students do not agree: they want a genuine universal suffrage, real democracy and more rights. In principle they are right but, alas, they live in China, not in Utopia. For this reason, they should consider this option carefully, and avoid making a mistake that may end up putting them under a bad light.

Hong Kong protesters want Beijing to respect the 1984 treaty in which China committed to offer the former British colony a "high degree of autonomy", but what the National People's Congress Standing Committee has proposed with its "one man, one vote system with 'official' candidates" does not contradict the treaty itself, rather the way in which Hong Kong interpreted it.

This does not mean that Beijing is right and Hong Kong students should clear the streets and allow the city to go back to normal. The point is: in a real world in which it is impossible to change PRC's will, what should the Occupy Central movement do to capitalize on the amazing protest it managed to set up?

Two major achievements can make a demonstration successful: gaining recognition among both protesters and authority, and keeping the momentum convincing supporters that an effective protest is made of more than one battle.

When protesters rejected the initial offer to hold talks with the authorities, the divided soul of the movement suddenly emerged, and room for negotiations significantly shrinked. Occupy Central people want freedom and democracy to be respected in Hong Kong, but the leaders of this movement need time now to increase their rate of representativeness, catalyse the consensus gained so far and define a new and more effective strategy. There are significant portions of Hong Kong society who do not identify in or support this pro-democracy battle, making the need to extend its base of support in the city a major priority for the OC people. Unfortunately, there is no chance they can succeed if they continue to stay in the streets. Demonstrations days should be over now, students should go home and plan what is going to happen next. If they continue making Hong Kong daily life so problematic while irritating Chinese authorities pushing them to consider alternative ways to bring local life back to normal, they will inevitably lose everything they have gained so far, international media attention and support included.

No street protest can last forever, especially when its leaders do not have a clear plan on what to do next. China's silence has indirectly confirmed Beijing fear of giving too much credit to Hong Kong students, and central authorities proved wise enough to avoid any sort of massive intervention. The "one man one vote system for approved candidates" implies a victory, not a failure, for the OC movement. If Hong Kong people vote in 2017, this change will enter history books as the very first victory for a China based pro-democracy group. Unfortunately, students' limited familiarity with democracy seems preventing them from seeing the advantages that even a simple vote could bring to their city, such as spreading the awareness of what democracy really is or teaching people how to express political dissatisfaction with a blank ballot.

Real and effective democracy needs time to take root, and China is strongly committed to avoid this from happening. This is the reason why Hong Kong protesters should now go home and start emphasising that CY Leung offer is a good rather than a bad thing. Other priorities should be the ones of reorganizing the movement itself, find a way to exploit democracy dynamics to their own interests, and define a new strategy to attack Beijing again. Many battles are needed to win a war, and OC was only the first.