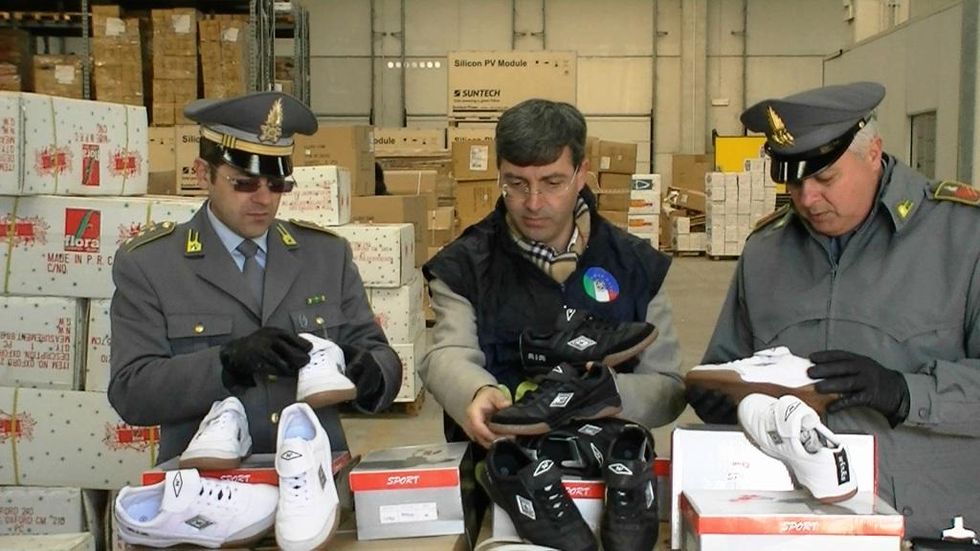 Counterfeiting market generates an annual turnover estimated at around 6.9 billion euro and a non-tax revenue of 1.7 billion.

The National Plan for the Fight against Counterfeiting, presented in Milan on the occasion of the meeting of the most representative anti-counterfeiting leaders committed to safeguarding made in Italy products, will be the first of its kind in Italy.

The document is the result of an intensive analysis conducted by 11 ministries and 150 associations, which led to the identification of priorities and areas of intervention, but also to "the beginning of a big battle within Italian system itself, "explained the president of the National Council Anti-Counterfeiting, Daniela Mainini.

A survey carried out by Coldiretti  (Italian association of farmers,) in fact, shows that one Italian out of two buys fake products, with a strong preference, because of their low cost, for counterfeit clothing and accessories copying the biggest fashion brands.

"Counterfeiting penalizes the ideational capacity of our system, therefore it subtracts competitiveness to the country," said Diana Bracco, vice president of Confindustria(general confederation of Italian industry) and president of Expo 2015 (to be held in Milan) insisting on the fact that in Italy there is a lot of creativity, especially in the industrial field, but a total lack of instruments to protect it.

There are six main areas of intervention identified by 13 thematic committees operating within the CNAC (National Council Anti Counterfeiting): communication and information, enforcement and strengthening of local presence, company training, fight against counterfeiting on the internet and protection of Made in Italy from Italian brands encroachment.

According to a research conducted by Censis ( Italian institute for social studies ) for the Ministry of Economic Development, the counterfeiting market generates an annual turnover estimated at around 6.9 billion euro and non-tax revenue of 1.7 billion.

"The fashion / textile sector alone - said the president of the National Chamber of Italian Fashion Mario Boselli - accounts for about a third of the turnover, but there are other serious consequences, such as the usurpation of brands." For this reason it would be important to widen the scope of the mission by "fighting against counterfeiting while also battling for the affirmation of legality in terms of patentability."

According to all the players, communication is the issue on which most of the attention has to be focused. "It is absolutely mandatory," said Giovanni Fava, president of the parliamentary commission of inquiry on counterfeiting and piracy "to make it clear to citizens and consumers that counterfeiting is a criminal phenomenon that not only causes damage to the rights of producers but also contributes to the increase of the turnover of large criminal organizations. "