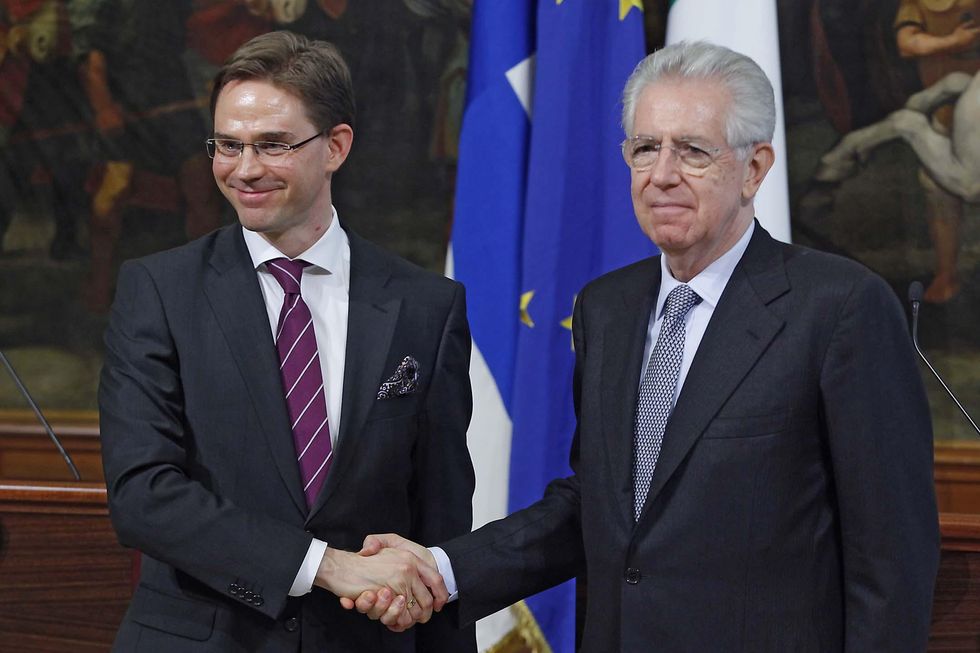 Italian Prime Minister Mario Monti is back on a European road show.

After passing some crucial bills and reforms in his home country, Monti is confronting himself with  his Finnish counterpart Jyrki Katainen on how to protect the Eurozone.

The trip is the latest of a series of visits to European capitals as part of Monti's efforts to persuade reluctant members of the single currency zone to help  the euro thorough the emission of euorobonds and other solutions.

The issue is to renovate a relationship based on trust among the EU countries.

The one day meeting in Finland will most certainly bring good results despite Monti last month denounced "northern" EU states for taking positions that contributed to spikes in borrowing costs for Italy and Spain, accusing them of undermining the euro's "credibility".

Katainen, who leads a country that still maintains a triple A rating, has said that while all Eurozone members want to save the single currency, some of them are concerned and do not agree on "the kind of measures which that would require".

Hopes for a concerted effort to address the two-and-a-half-year debt crisis were raised last week when Italian European Central Bank chief Mario Draghi vowed to do "whatever it takes" to preserve the euro.