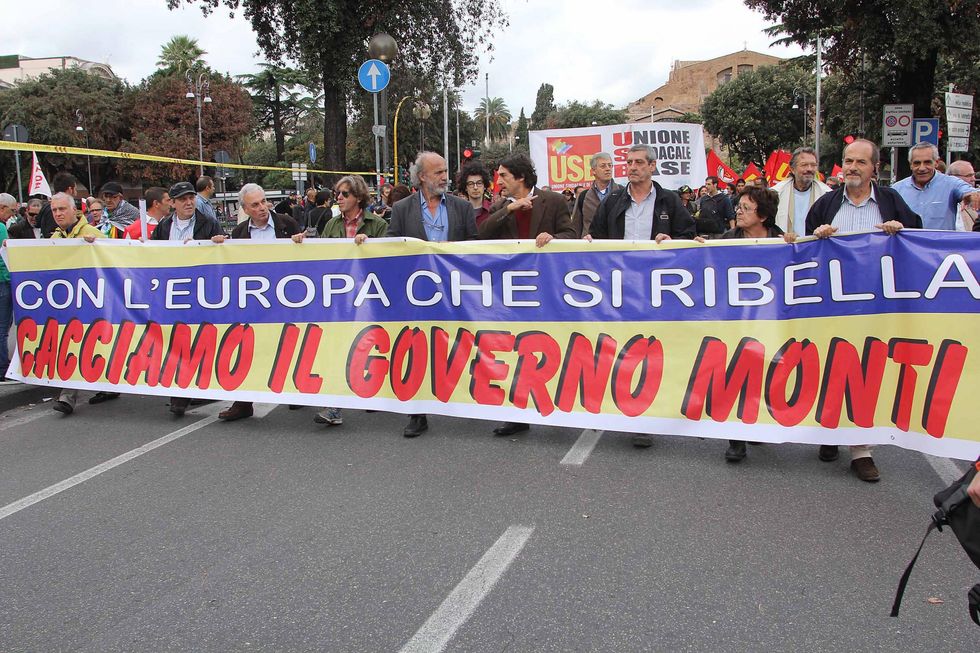 After Italy's Prime Minister Mario Monti urged businesses and unions to work together and bridge what he termed the "productivity gap" with other countries and called for "a joint effort by the country's various social forces," yesterday two of the most prominent Italian unions have signed the memorandum to boost productivity while another one is still procrastinating and a fourth said a clear no.

Just yesterday the latest ISTAT data on Italian industrial production came out. They give a picture of a reality far from reassuring: in August and September of 2012, in fact, the total turnover of the industry went down 5.4% while orders declined by 12.8%.

Italy needs an urgent stimulus to regain competitiveness and attract foreign investors. This is precisely the goal of the last memorandum written together by associations that represent enterprises and unions.

This is what is more likely to appear in a definitive version of the bill once completed and signed by everyone:

Both parts urge the government to take action lowering the taxes on wages for workers earning less than ? 40 thousand per year. The production bonuses paid by companies to employees will be subjected to a reduced tax levy at a rate of 10%. The government is also pressed to give effect to a law dating back to 2007 which provides a tax allowance on contributions up to 5% intended to promote the company's contracts, that is, those used by companies and not at a state level .

With regard to the contracts, the Memorandum also states that the national collective contracts of employment shall define only the common economic treatment for all workers in a given sector. The business contracts (or second level contracts) will establish in detail the mechanism of wages, hours and holidays, to better suit the needs of companies and encourage productivity.

The most controversial point of the agreement, on which the CGIL union asks for more clarity, is the one concerning the workers' representation. It is still not clear, in fact, how the agreement signed between the companies and the CISL (Italian most Catholic union) will be approved by the workers (an essential step for it to be in force.)

With the productivity memorandum the Government is also asked to boost a greater collaboration between schools, businesses and entrepreneurs and to put in place more effective policies for the technical training of workers.

To achieve this goal Mont and his colleagues are supposed to use the Interprofessional Funds for Continuing Education.

The government headed by Monti is also requested to verify on an ongoing basis the effects on the employement of the last (and controversial) reform of labor. Businesses and unions, on the other hand,  will promote an intergenerational pact among the employees opening up the possibility for older workers to retire while on a part-time contract, in exchange for the hiring of young people.