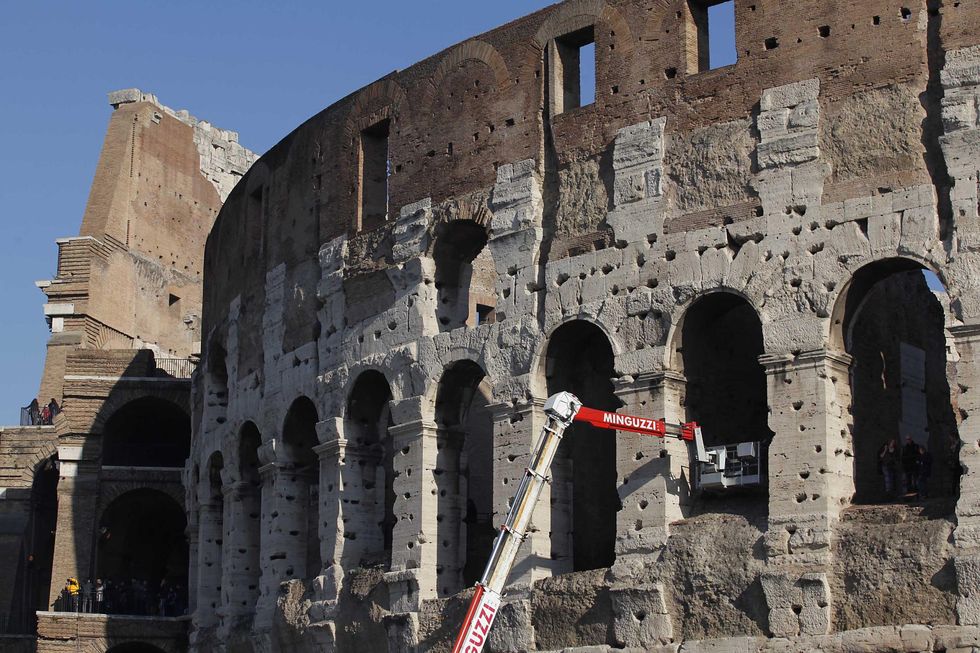 In Rome, Colosseum is leaning

London bridge is not falling down, despite what the song says.

However, in Italy, to not leave alone the tower of Pisa, the ancient Colosseum of Rome, one of the most famous structures on the planet, is leaning.

Italian authorities are currently investigating how to preserve the monument after the discovery that the Roman structure is 40cm (15.7 inches) lower on its north side, probably due to a crack in the base of the structure.

The slant was first noticed last year. La Sapienza University of Rome and the environmental geology institute IGAG have been asked by the Colosseum's preservation society to investigate the problem.

It is possible that the ancient amphitheater will have to undergo serious renovation within the next few years, also thanks to the help of money poured by private investors such as Diego Della Valle of Tod's, who will address a press conference on this matter on July 31.

The tower of Pisa was closed for more than a decade in the 1990s while engineers worked to prevent it from falling over.