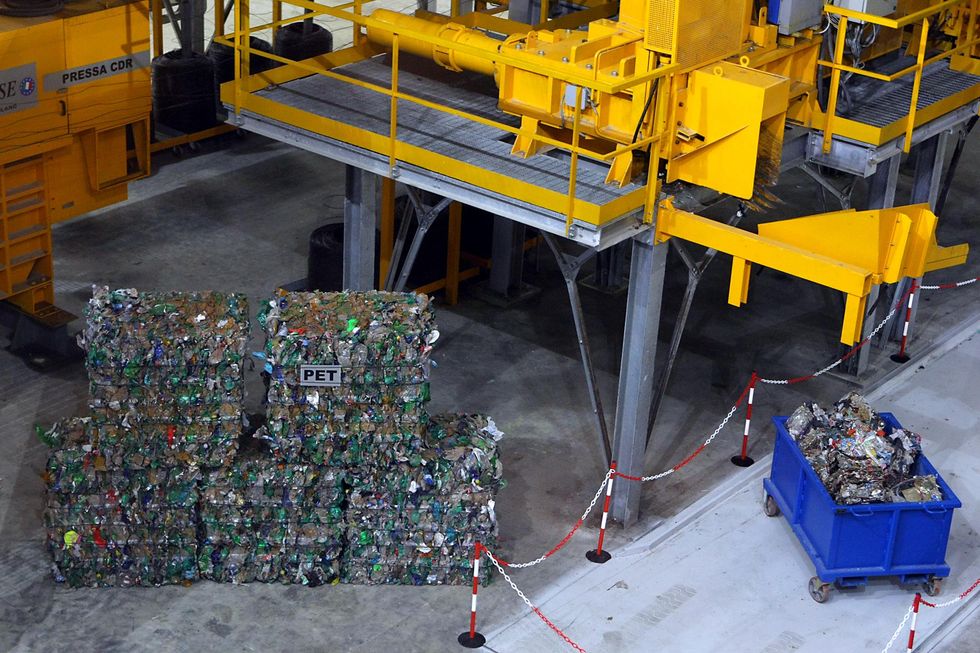 In Italy waste not, want not

Crusades against waste to energy plants force us to export our garbage at a high cost, where it is transformed into energy. So the government is trying again: at least North Italy should help the South.

Progress, at least for now, in Naples and Campania, where a very fragile equilibrium on the brink of catastrophe hangs in balance thanks to the export of waste. But the government refuses to even acknowledge the trains and ships bound for Europe that are filled with the garbage Italy's capital is unable to dispose of.

As announced by Panorama in early October (see italia.panorama.it/cronaca/Rifiuti-Non-hai-voluto-il-riclo-Paga), in Rome they have prepared a plan to deal with the saturation of the Malagrotta dump. AMA, the municipal waste disposal service, is currently preparing a European call for bids to export - at a cost - 1,000 tons of Roman garbage a day starting January 1st.

"But this would mean an enormous blow to our country's reputation, as well as a doubly-masochistic operation," objects Italy's Minister for the Environment, Corrado Clini. "We would be supplying raw material to produce energy in Dutch, German or some other country's waste to energy plant, at a very high cost and denying ourselves resources that could remain in Italy," he explains.

And he outlines for Panorama his plan to avoid this paradoxical humiliation: instead of sending it abroad,Rome's garbage would be disposed of in Italy, specifically in the waste to energy plants in the North, although this "would only be temporary".

This operation is not without its uncertainties, but there is a logic to it. "In all the regions of the North, there are plants that are currently not working at full steam and have unused capacity," Clini notes. The reason? "The growth in waste sorting and recycling that has reduced combustible materials for waste for energy plants."

And what if the North doesn't agree? What if they take up arms against the Roman garbage, the way they did withNaples'? "I understand the unwillingness to take on the problems of those who have always refused to face them in their own backyard," the minister says. But he admits that, faced with the export threat, "I could ask the regions in the North to treat, for a period of time, the waste fromRomeand Lazio.

But I could only do this on one precondition: that Lazio and Rome provide a detailed plan. Specific dates from which they commit themselves to treat the various types of refuse in plants located in their own region."

After all, there are plants in Lazio, but "they don't function the way they should", or they are in the planning stage but have remained "inexplicably blocked to regions for some time". The absurdity? In Colleferro in the province of Rome, there is a waste to energy plant that burns "the garbage from other regions inItaly, but not Rome's, because there's no one in Rome who produces the necessary refuse derived fuel, known as RDF."

Meanwhile, in Europe, the laws are changing. "Waste sorting and recycling remain the no. 1 choice. However, it is felt that the extremely strict incineration rules we have set ourselves will foster to a certain extent the movement of waste used to produce energy in waste to energy plants," Clini believes. And he makes his move. "At that point, I would like to avoid having Milan, Padua or other cities in the North importing waste from Great Britain and not other parts of Italy.

It's not happening at the moment, but the risk is real." Italy's existing waste to energy plants "will probably not be enough to solve all the critical situations, Sicily and Calabria first and foremost," the minister concludes. "However, for Rome and also Naples, the plants currently in operation are sufficient."

Italy has 54 waste to energy plants. Thirteen are not operating, shut down because they are either old or are being renovated, or because of protests and on-going court investigations. An additional 20 are already in the planning stage, including new plants and the expansion of existing ones, plants in construction or plans awaiting approval. Waste incineration to generate energy is moving ahead: in the last ten years, it has grown by 130%, even if, as the most recent figures from ISPRA for 2010 show, it involves only 16% of urban waste.

Waste sorting is also on the rise, just reaching 40%, but the national average is still 25 percentage points below the goals set by law for this year. The most common form of waste disposal is still dumps.Europeconsiders this the most risk-fraught solution, to the point of "seriously considering outlawing it", as the EU Environment Commissioner Janez Poto?nik recently declared. In Italy, just under half of its refuse ends up underground, most of which not pre-treated as the law would require.

Advocated by the European Commission, the incinerator option divides and inflames people in Italy. It generates fear, hostility and committees on the war path against it. Despite the fact that the alternative is dumps about to be outlawed or the threat of garbage chaos. A referendum called by a citizens' group in Aosta has just blocked the plant the region put up for tender in order "to avoid ending up like Naples". InParma, the administration of the 5 Stelle party is doing everything to block the opening of the waste for energy plant that IREN, the Emilia utility company that is building it, has set for "the first weeks of the new year".

In Genoa, the center-left mayor Marco Doria has frozen the plant initiated by his predecessor Marta Vincenzi, despite the fact that she was from the same party.

Also firmly against are the mayors of areas on the edge of collapse, like Luigi De Magistris in Naples and Nicola Martini in Albano Laziale. Re-thinking can even be seen in Emilia Romagna, the no. 2 region in terms of waste for energy plants (with eight, compared with thirteen inLombardy) and amount of waste incinerated (one-third of the total). This past fall, the region's councillor, Sabrina Freda, announced that all the plants would gradually be closed.

On the other hand, in Puglia, a region facing an emergency situation, the plan for combustible waste electrical plants is going head, albeit slowly. Governor Nichi Vendola has contracted it out completely to the Marcegaglia company which, for the last ten years, has managed the plant in Massafra, near Taranto. Very shortly the plant in Manfredonia in the province of Foggia will open, at a cost of 70 million euros (15 from public funding) and a process that took thirteen long years. "Well, it did take us less than for Aung San Suu Kyi to receive her Nobel Peace Prize," jokes Roberto Garavaglia, the energy man of this metallurgical company, which in the meantime has received all-positive opinions for integrated environmental authorization to double the Massafra plant. In Modugno in the province of Bari, on the other hand, things have become messed up. Authorization was granted, then denied and is now at the center of a penal trial currently in progress.

Are waste for energy plants dangerous? Beppe Grillo calls them "factories of death". Minister Clini feels he can guarantee their health and environmental safety: "Italian and European norms in this area are very strict, much stricter than for traditional electricity generating plants. The plants operating inItalytoday either conform to these norms or they have been closed."