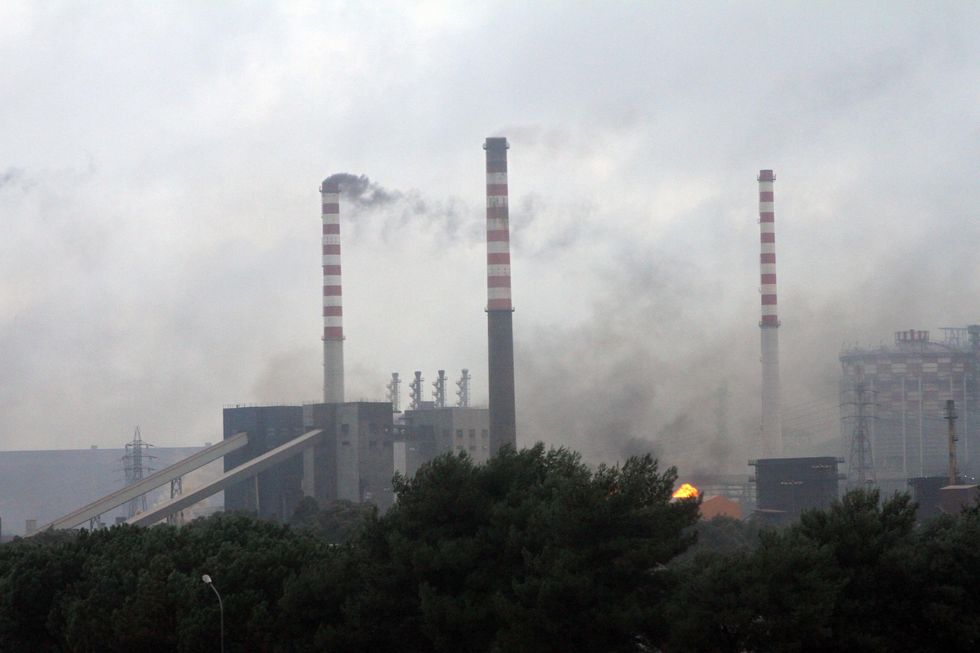 The Italian government will adopt an emergency decree to allow troubled Ilva steelworks plant to remain open almost overruling a court decision ordering the seizure of  steel and semi-finished products in a corruption probe that also saw several arrests.

The arrests were ordered on suspicion of bribing officials to cover up a health and environmental scandal. Ilva is asked to stop its toxic emissions in compliance with several rules including the Italian constitutional principle  declaring that no private economic initiative is allowed to endanger safety, freedom and human dignity .

The decree, which is likely to secure the future of Europe's biggest steel plant and protect 20,000 jobs, is aimed at obtaining an integrated environmental authorization  in order to keep the plant open during the clean up process after prosecutors said the company should shut down unless Ilva's owners meet European Union industrial emissions standards.

This week a court forced the sprawling plant, which produced almost 30 percent of Italy's steel output last year, to halt production over concerns that toxic factory emissions increased deaths from cancer and respiratory diseases in the surrounding area of Taranto, in southern Italy.

In response to this, Prime Minister Mario Monti met the company's management to hammer out a rescue plan for the plant, a big employer in a region of high joblessness and economic stagnation.

Ilva's closure would in fact cost the Italian economy, already shattered by crisis and high unemployment, about 8 billion euros.

The ruling also impounded Ilva's output of the past four months and ordered the arrest of the company's top managers, including chairman Emilio Riva and his son Fabio, the chief executive.

Emilio Riva is currently under house arrest, while police have not yet managed to track down Fabio, who is said to have escaped to the United States or South America.

According to Monti, a solution needs to be found quickly, as Italy needs to be a country where it is possible to reconcile respect for the judiciary system, protection of employment, health and the environment, while maintaining a strategic sector such as steel.

In this regard, the decree also states that -  among the rest that - within 20 days a "Guarantor" will be appointed. The so-called Guarantor  will monitor the implementation of the Integrated Environmental Authorization measures and the area's reclaim by Ilva.

The first target remains to start the production again as soon as the decree comes into effect, which should be within the weekend if there are no obstacles. Before next December 6, the court will in fact examine the appeal filed by the company regarding the seizure of some plants.

In addition to production and environmental problems, a tornado also hit the factory on Wednesday, injuring dozens and causing the death of a worker.