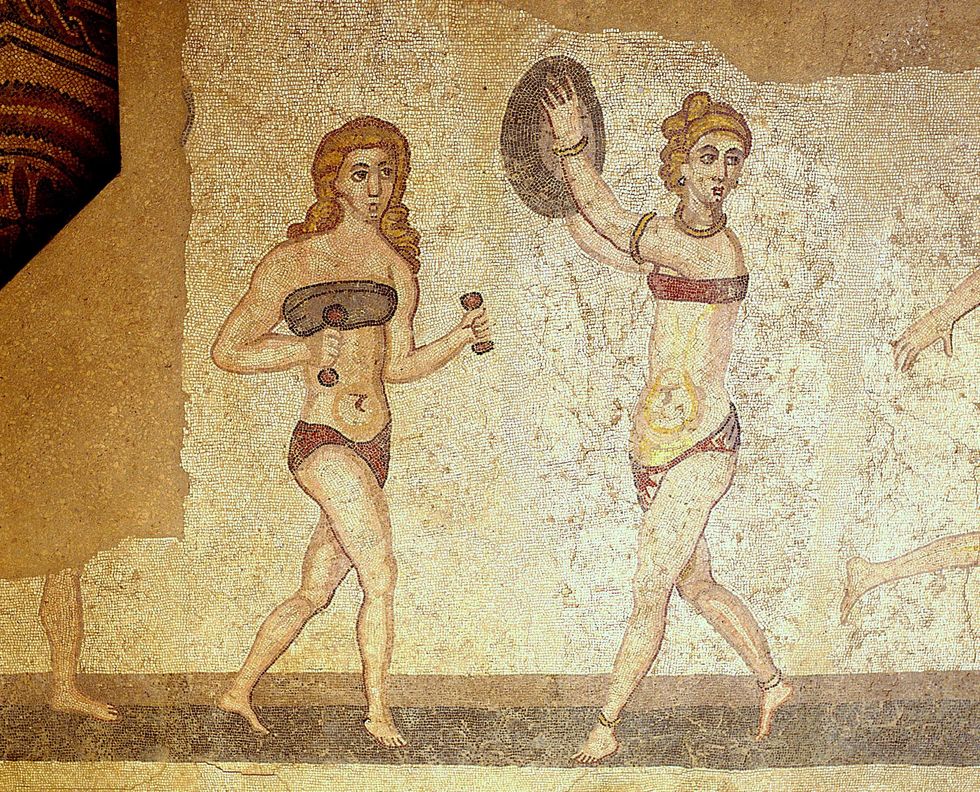 In Italy art is not a prophet in its own land

From the Riace Bronzes to the Dancing Satyr: foreign museums fight over our masterpieces. Which are seen by few in Italy

The Dancing Satyr of Mazara del Vallo is in London, loaned to the Royal Academy of Arts until December 9. And, most likely, it will attract the multitudes it fails to at home.

No work of art is a "prophet" in Sicily among its own people. So, thank goodness this enchanting, dionysiac and extremely poetic statue can be seen, described and talked about here.

Naturally, things don't work the same way in the opposite direction. Sicily seen from outside Sicily is something magnificent, but at home it is a dark warehouse.

No relic, no work of art will make the journey from Londonto Mazara. Just as none of the Caravaggios or Antonello da Messinas loaned to New York will ever generate return exchanges to Palermo or Canicattì.

It's, shall we say, a question of market. Those most informed and aware are annoyed about this state of affairs, but what's true is true: demand for culture in Sicilyis low, non-existentactually.

The Museo Riso in Palermo, considered one of the most important showcases of international contemporary art, was closed by the regional government.

And for love of country, we'll turn a blind eye to the number of admissions to museums in the south of Italy, the fabulous Riace Bronzes first-and-foremost, compared with a normal day for any exhibition in, for example, Palazzo Zabarella in Padua.

We all remember the saga of the Venus of Morgantina.

It was the statue stolen from the archeological site in Morgantina and then put on view at the Getty Museum in Los Angeles.

Francesco Rutelli, Minister for Arts and Culture during the Prodi government, arranged for it to be returned.

With hindsight, we have to say it was a rash decision. In fact, Rutelli turned it over to us Sicilians so that we could put it in our charming museum in Aidone, but which doesn't receive the same attention as the "FashionVillage" - the largest shopping outlet in the south of Italy - just a few miles away.

It would be as if, instead of being housed in the Louvre, the Mona Lisa were relegated to Vinci, that lovely little town inTuscany, Leonardo da Vinci's birthplace.

Keeping Sicilian works of art in Sicily would not only penalize the works themselves because they would be relegated to provincial centers, but also because they would risk not being maintained well because Sicily is a so-called "autonomous" region with limited financial resources.

And since in that sublime bit of Sicily near Enna, right where three valleys (Demone, Mazara and Noto) come together, there is another marvel of antiquity - the Casale di Piazza Armerina Roman villa - we went to see the results of the recent restorations (very lovely) and we noted that alongside Italians from the north, especially from the Veneto region, the visitors were wonderfully Germans or strangely English, normally tourists, all following beauty's irresistible call.

Something that most Sicilians seem not to feel.

All rendered ignorant - including yours truly - by the prevailing mores of society and ostentatious, unregulated development, so that it can happen that your normal professional of average culture from Modica (that jewel of the Baroque) does not even know that Mothia exists (a sublime island set among the Trapani salt pits.)

And, naturally vice versa (of course we do get into our cars to travel from one end of the island to the other to see the sights.

But, halfway along the Catania-Palermo highway, at Agira, there is also the outlet and a completely different siren call stops visitors: that of shopping. More dionysiac than any satyr.)