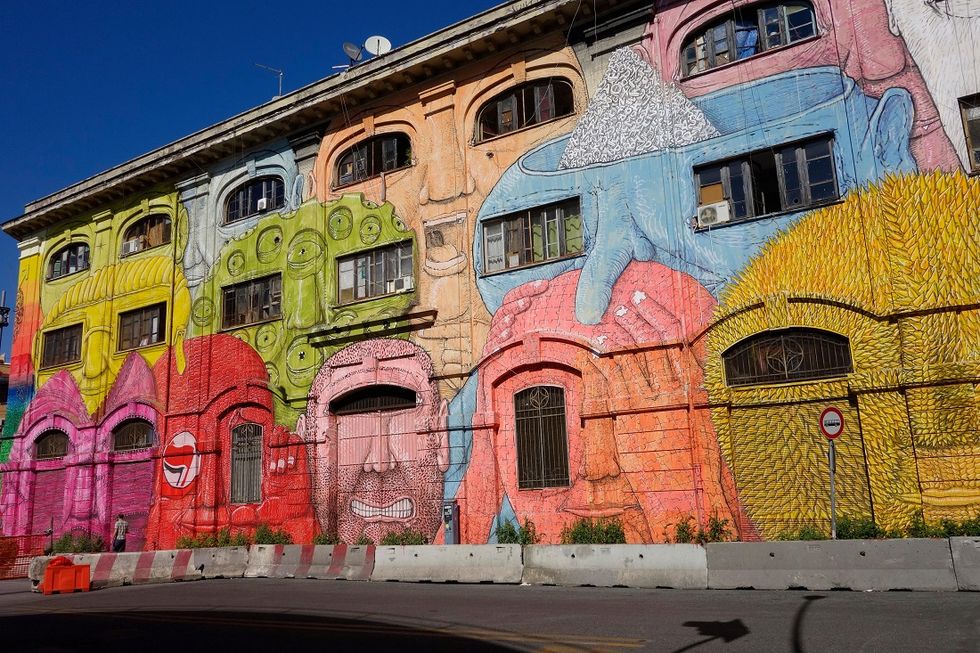 When travelling to Rome, do not miss out Ostiense

A perfect mix between history and movida

Ostiense, a district of Rome, offers a perfect mix between history and movida, hosting spectacular street art but also 2000-year-old-tombs, along with beautiful restaurants and cocktail bars. Since the 1800s, the area was chosen as an industrial one while today - thanks to a significant artistic presence and the university- the area is evolving towards something different.

One of the richest streets of Ostiense is via dei Magazzini Generali, with a big wall painting entitled " Wall of Fame", portraying a lot of famous faces in black and white on a surface of 60 metres.

Very close to the famous Colosseum, Ostiense hosts Rome's last surviving pyramid, which is a very significant landmark. Built as a tomb for the powerful notable Caius Cestius in 12 B.C and recently restored by the Japanese Yuzo Yagi, it contains the burial chamber and the original frescos. The "Egyptomania" started in Rome after Augustus conquered the country and brought back its art and slaves. For this reason, at that time, Rome started to be full of pyramids.

Furthermore, Ostiense is also the home of several religious buildings, important symbols of Catholicism. For instance, the Basilica of St Paul's Outside the Walls, built by emperor Constantine in the 4th century over the tomb of the Apostle Paul, has become one of the major stops of Catholic pilgrimages.

But Catholicism is not the only faith of the area. In fact, the Protestant Cemetery is located in Ostiense as well and it stands out as an oasis of peace. Moreover, relevant characters are buried there, such as the English poets Keats and Shelley and the Italian Antonio Gramsci.

Centrale Montemartini is another must-see! Considered as one of Rome's "hidden gems", it is today a museum rich with masterpieces of ancient Greek, Roman and Egyptian arts. The Museum is on the "Via Ostiense" (Ostiense Street) that connects Rome to Ostia, where the beach is.