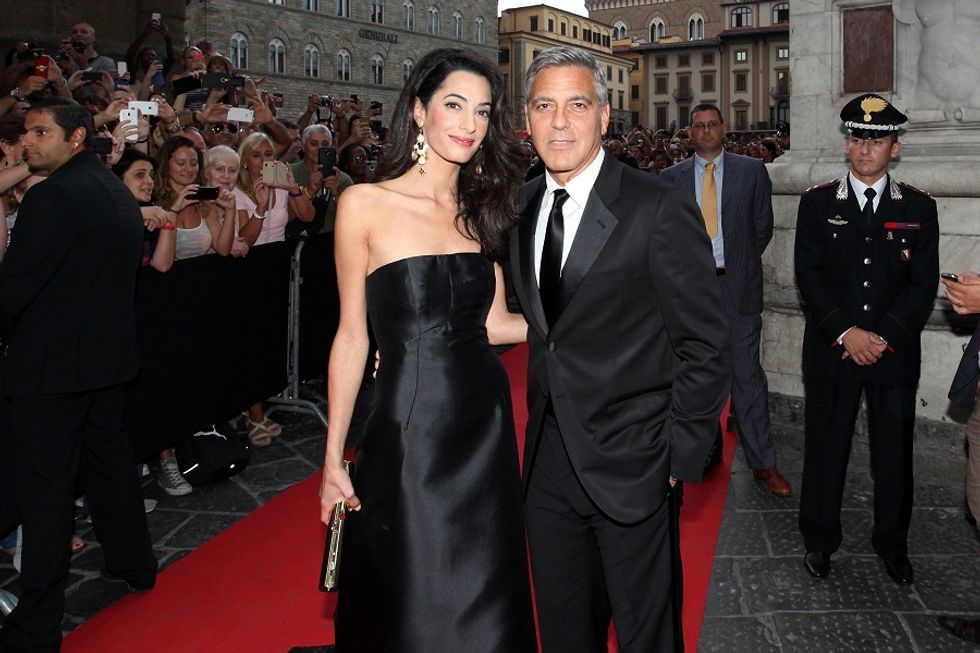 George Clooney (53) recently announced that in a couple of weeks he will marry his beloved Amal Alamuddin (36) in Venice, adding that the lagoon city was chosen for being "one of the world's most romantic backdrops".

They are not the first VIP couple choosing Italy to celebrate what is supposed to be the most important day of their life. Just to mention a few of them, the Dutch soccer player Wesley Sneijder e actress/model Yolanthe Cabau van Kasbergen got married in Siena in 2010.  Salma Hayek and François-Henri Pinault's wedding was celebrated in Venice in 2009, Tom Cruise and Katie Holmes's one on the Bracciano Lake in 2006. In 2012, Jessica Biel and Justin Timberlake chose Savelletri, near Brindisi, Rod Stewart and Penny Lancaster Santa Margherita Ligure (2007).

Why Italy? Easy to answer: beautiful locations, stunning atmosphere, delicious food and sun, that is everything is needed to make a wedding perfect, for both VIP and normal couples.