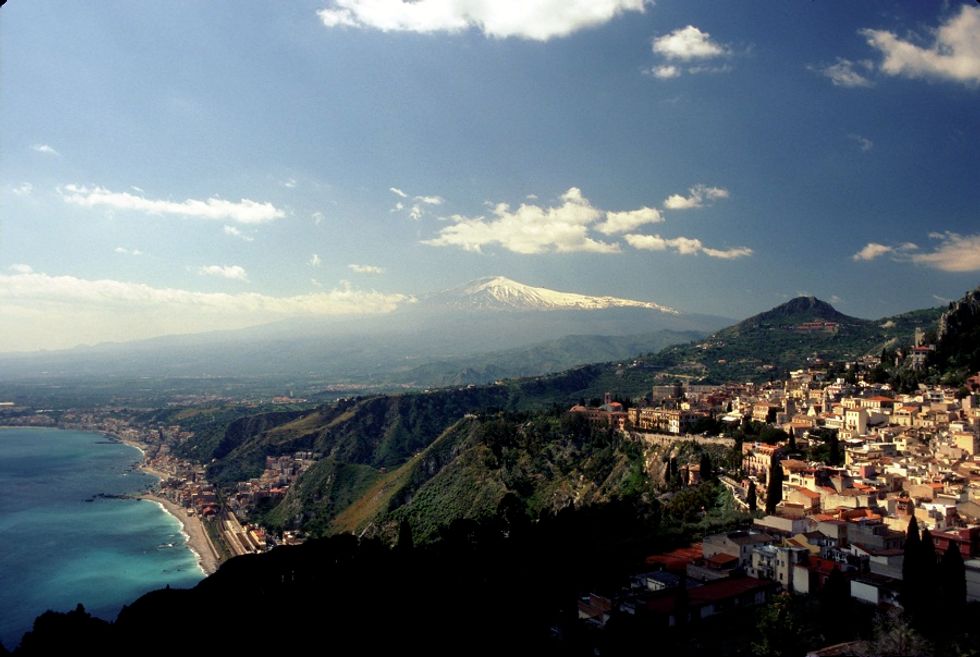 The secrets of Sicilian cuisine

There are a few places more than Sicily  where talking of cookery means making a journey within a journey. Here we find a cuisine with a rich and tasty variety of products which displays a fantastic balance between land and sea, and a gastronomic tradition which is quintessentially Mediterranean. Sicilian cookery is like an artist's palette, juxtaposing strong colours and pastel shades, in a play of highly evocative echoes and references.

"It is impossible to understand Italy without seeing Sicily: the key to everything is to be found in Sicily". Thus wrote the German writer Johann Wolfgang von Goethe in Palermo on 13 April 1787 during his first trip to Italy, in the search for the roots of western culture. The largest island in the Mediterranean is a wonderful place, whose natural beauty is fused with the artistic heritage of the many peoples that have settled there. They have  all left their mark on the region's food, and it is for this reason that Sicilian cuisine is today considered one of Italy's richest and most appreciated.

First to arrive were the Greeks, who founded Siracusa, Catania and Gela and introduced into these areas the characteristic foods of their homelands: olives, salted ricotta and above all barbecued lamb. The Romans introduced maccu, broad bean puree flavored with aromatic herbs, excellent with pasta or simply spread on bread; stuffed cuttlefish; baked onions; pasta served with beaten eggs, parsley and cheese (riquagghiu). After the Romans came the Arabs, and with them rice, sugar, spices and almonds. A dish clearly derived from the Arab tradition, also in its name, is cuscusu, a fish soup served with couscous, typical of Trapani.

The Arabs are also responsible for the island's two most famous sweets, cassata siciliana (a sponge and ricotta cake topped with fondant icing and candied fruit) and sorbetto. The Normans, meanwhile, taught the Sicilians how to prepare stockfish. The period of French domination saw the introduction of rollò (a stuffed veal roll), while the Spanish brought the so called pan di Spagna ("read of Spain, a sweet sponge cake), along with chocolate, tomatoes, and above all aubergines. The Spanish influence is also behind many dishes with contrasting flavors, such as pasta with sardines and raisins, and orange salad seasoned with chilli.

Siracusa is famous for its spaghetti with anchovies, and in Trapani  pasta is served with lobster. Apart from fish, many pasta dishes are based on vegetables and cheese, such as spaghetti with courgettes, or pasta with ricotta and semolina. Catania's speciality is pasta alla Norma, with aubergines and tomatoes, named in honour of the Catanian composer Vincenzo Bellini after one of his famous operas. Finally, all along the coast, sardines are fished in large quantities, and served with currants, pine nuts and anchovies.