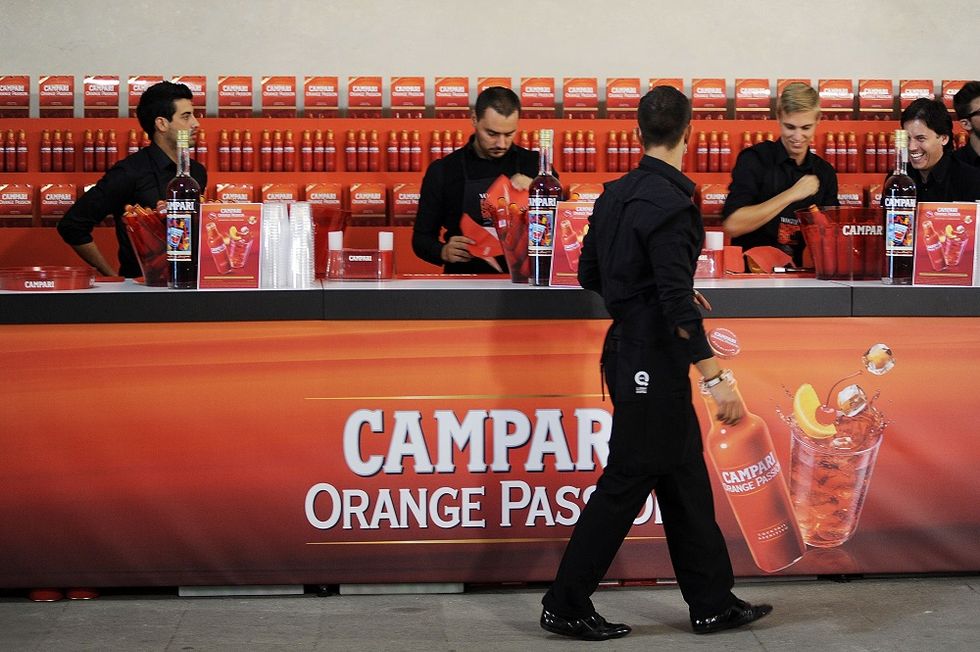 The Italian tradition of "Aperitivo"

Campari and Aperol used to make the most famous cocktails

Sipping a drink before dinner - i.e. having an "aperitivo" - is as much a well-established as an often neglected by international media Italian tradition.

Italian excellent wines and spirits often occupy the front covers of magazines, but the delightful cocktails that are slowly tasted in so many bars and cafes around the peninsula seldom hit the news. The American online magazine Punch, which reaches a few thousands internet users every day, has recently devoted a report about what having an "aperitivo" truly means.

Described as the habit of drinking any pre-dinner beverage, often for a flat fee with a side of complimentary snacks, the "aperitivo" ritual dates back to the late 19th and early 20th centuries, when people in Northern Italy started having appetite-stimulating aromatized wines and bitter liqueurs.

Apparently, nowadays such an habit is no longer confined to Italian borders, but has hit the U.S. market, as Americans become increasingly thirsty for all things bitter and low-alcohol.

Punch enumerates the spirits and cocktails that are experiencing a recent boom in distribution throughout the U.S.. On top of its list, we find the Campari, a liqueur which has turned into a global brand that features prominently in Italian classic cocktails, including the famous Negroni.

Aperol immediately follows. Conceived by Fratelli Barbieri in Padova in 1919 and consistsing of an infusion of bitter and sweet oranges, rhubarb and a mixture of herbs and roots, Aperol owes its fortunes to the fact that it is used as an unavoidable ingredient for the Venetian Spritz. Other "aperitivi" that the American drinkers are starting to appreciate include Luxardo Bitter, Meletti 1870, Casoni 1814 and the less-known Contratto, based on a grape brandy derived from Italian Barbera grapes.