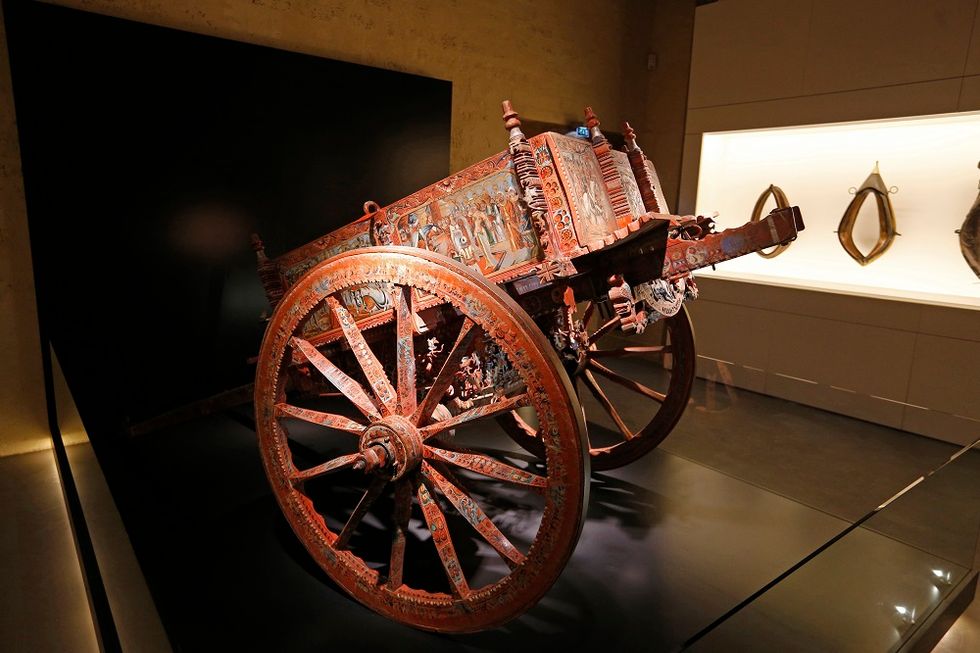 The history of the Sicilian carretto

A colorful and artistic way to move goods around

Did you ever heard about the Sicilian carretto? This little, colorful cart has recently become the symbol of the region, but it used to be a very simple cart pulled by a horse, a donkey or a mule to move goods from one place to another. Now, most of them have been transformed in astonishing pieces of art, most likely in the effort to keep the most famous traditions of this unique region alive.

According to the Australian-based magazine Italianicious, the "carrettu sicilianu" as it is known in the local dialect, "was introduced to Sicily by the Ancient Greeks. It became popular during the 19th century, following the development of Sicily's first proper roads".

However, it was only in the 1920s that this little cart started being associated to Sicilian history and folklore, when more and more carts were transformed into real pieces of art reproducing with drawings and bright colors stories relating to local history, culture and religion.

What was behind this transformation is still unclear, but Italianicious suspects it could be related either to the need to explain parts of Sicily's history to those unable to read, or just to encourage local people to be creative and decorate their carts as they wished, although red, yellow, blue and green ended up becoming the predominant colors.

Actually, Italianicious found out that "the choice of colors are often a telltale sign of where in Sicily the cart was produced. For example, shades of red and green were popular in eastern Sicily as they represent nature; while in the west, red and yellow were more prevalent, symbolising war and loss. And throughout all of Sicily, the colour blue was used to symbolise religion. The overall style and shape of Sicilian carts also differs between different areas of Sicily. For instance, those produced in  Palermo are more square in shape than those made elsewhere in Sicily".

Today, motorized vehicles have isolated traditional cars into garages or museums, but in some parts of Sicily this tradition is still alive, and new carts keep on being handcrafted to appear during festive celebrations.