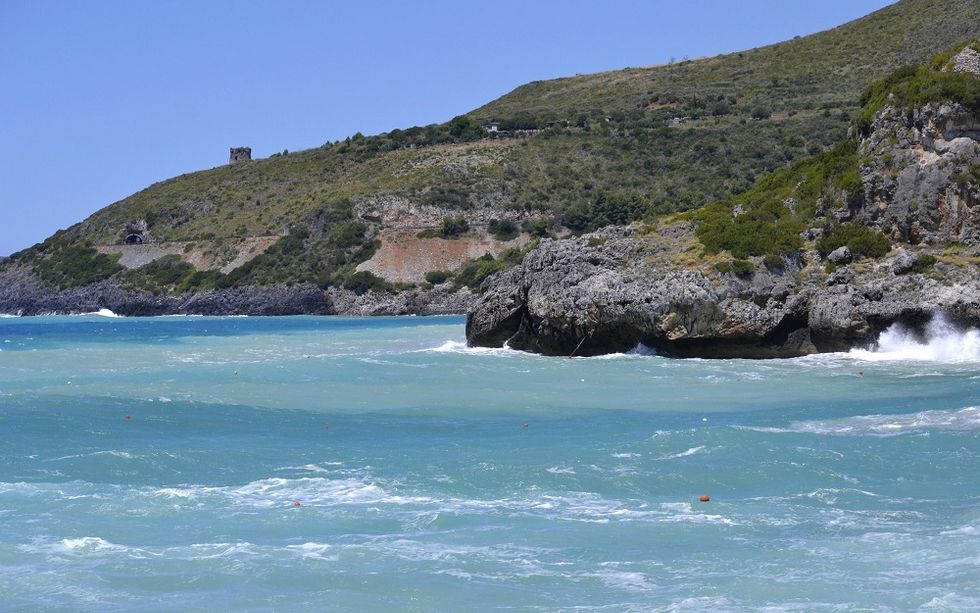 A 600km bike ride to explore the Cilento National Park

Castelnuovo Cilento (Salerno) is the starting point of a new bike path long 600 km. Athletic visitors have the chance to explore amazing places in a very sustainable way, cycling throughout the so-called "Via Silente", going through the whole Cilento National Park. Along the itinerary, 15 stops were identified including the optional one on Mount Cervati, 1898 metres above sea level. Via Silente (literally "silent way") was named after the deep silence characterizing the places it runs through, where all human noises are forgotten.

The first part of the "Via" is on a hill with a beautiful panorama. It continues on the coast, passing though Pioppi (a small fishermen village) and it goes back to the inland towards Castellabate. In this bit of path, the adventurous visitors will enjoy the beauty of local natural resources: he could swim in the crystal water of Calore River, explore Casteleivita and Pertosa Caves and see the bush along with amazing flowers and characteristic farmers' villages.

The bike path has recently been opened and it aims at promoting the territory, creating a sort of "open air expo". It is open everyday of the year, giving the chance to visitors to come whenever they are comfortable, fostering at the same time the economy of local communities, along with their food excellences.

Via Silente is an initiative generated by young minds. In 2014, a group of local young people from the association "La Via Silente" promoted this project having main goal the one of promoting their territory. In fact, cycling visitors can ride through the whole Cilento National Park exploring the breathtaking beauties of the area in a very sustainable way.

Whoever is willing to try this adventure can go to the headquarters of the Association "La Via Silente" (via Roma, Castelnuovo Cilento) and take the bike "Silentina", which will become their travel companion for the whole adventure.