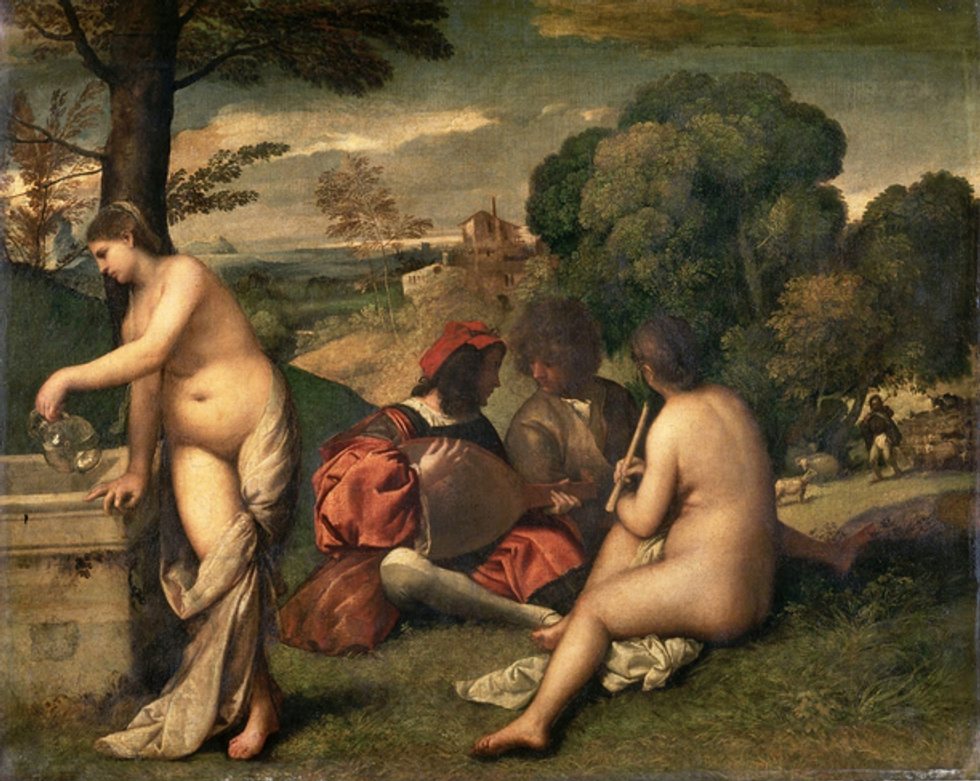 Scuderie del Quirinale in Rome is opening  its doors, this week, to the "Tiziano" exhibition, featuring the "Self-portrait" from the Prado Museum, the "Portrait of Pope Paolo III without Camauro," the "Danae" from Capodimonte, "Man with a glove" from the Louvre Museum and "La Bella" Woman in a Blue Dress from Palazzo Pitti, some of the forty among the most famous titian works  that will lead visitors through  the Venetian painter's creative path.

The exhibition, which has been visited privatly by Italian President Giorgio Napoletano,  highlights the most significant moments of Tiziano' activity following a chronological order.

The works are dispalyed  on two floors and in ten sections. On the lower floor , thanks to the high ceilings, the rooms were able to host works such as  the "Crucifixion" from the dominican church in Ancona, and the "Crucifixion" from the Escorial in Madrid. On the upper floor, visitors can admire the portraits of Pope Paolo III, " la Bella," Woman in Blue Dress that shows the  beauty criterions in Tiziano times.

The Tiziano exhibition is designed to stand as the conclusion of the overview of the Venetian painting and the role it played in the renewal of Italian art. The forty works will show visitors the titian artistic career, decade by decade, from his early days in the workshops of Bellini and Giorgione in Venice to the moment Tiziano reached  his  own artistic style as  the largest canvases he did for the Doges and for the D'Este and Della Rovere families show, as well as those for Charles V  and his son Philip II of Spain.