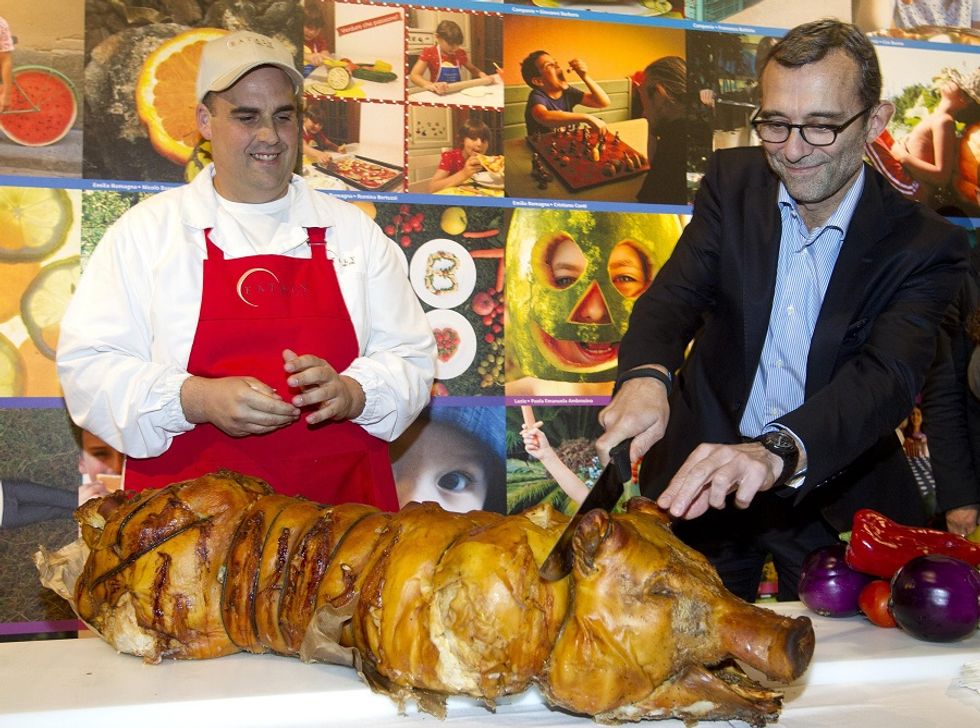 Porchetta is one of the five global must-eats

Italy is well known (and well regarded) for it culinary traditions, and a research recently published by the New York Timesconfirms that, when talking about food, Italy can never be neglected.

After discussing regional food specialties around France, the Times decided to ask some food experts to offer their suggestions for must-eats dishes in other parts of the world. They ended up proposing five "special" dishes, and the delicious Italian Porchetta was among them.

The New York Times describes Porchetta as "a deconstructed whole pig, gutted and spiced, then stuffed, tied and roasted, with layers of meat, fat, stuffing and skin, originated in the area around Rome and in the former Vatican states." Although its origins should be located in Umbria, today Porchetta is available all over Italy. In Rome and in all the small towns around the capital, it is a must to grab for lunch at work a sandwich with Porchetta. Sometimes bakeries sell it themselves, attracting locals and tourists with a glaze and crispy Porchetta skin perfectly covering the moist flesh, and leaving the head of the pork attached "for extra-dramatic presentation." People interested in tasting Porchetta for dinner should be reminded that it is usually sold out by noon. In the south more than in the north, and in the area around Rome in particular, butchers also sell Porchetta, and as it happens in bakeries, they wrap thick slices of meat in bread before offering it to their clients.

Porchetta experts, and lovers, are used to say that the dish was the favorite of Rome's infamous emperor "Nero, and often served in Roman army camps, affording a nourishing meal to hungry soldiers and members of the poorer classes." Today, it takes from six to eight hours to cook a tasty Porchetta, but in the past it could be cooked only underground, in a big hole that later developed in the modern oven.