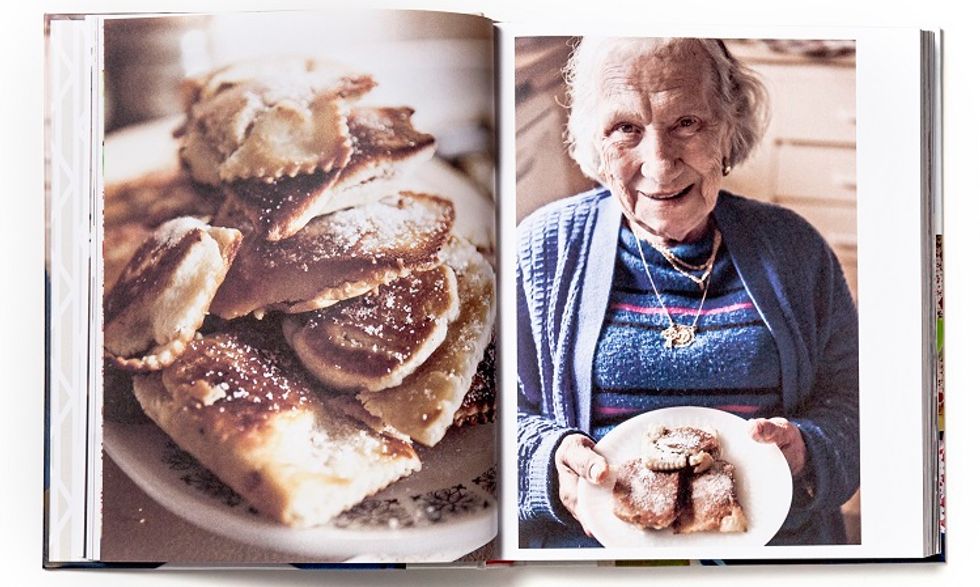 This new book celebrates recipes handed down with love

Nonna to Nana: Stories of Food and Family is a documentary cookbook created by sisters Jessie and Jacqueline DiBasi that explores the connections between love and nourishment. In particular, the book celebrates the living culinary traditions of fifteen Australian grandmothers from diverse cultural backgrounds. They have been asked to shares stories and recipes from their kitchens, going beyond ingredients and methods.

However, sisters DiBlasi have admitted that their work has been "inspired by the traditional dishes prepared by their own grandmother, Nonna Giovanna". According to them, "Nonna to Nana captures the traditions, histories and recipes of a fast-disappearing generation of matriarchs. We wanted to honor the love and dedication grandmothers give through the simple gift of making and sharing their food", learning their tips on how to nurture and sustain future generations.

Their grandmother was one of the Australian migrants who brought their recipes and traditions to Australia from Italy. They love describing her as a person belonging to "a generation of women who sustained and strengthened the family unit through the culture of food".

These two girls grew up knowing that their Nonna's food was a symbol of her love, and in an effort to preserve the memory and traditions of their grandmother, they decided to document her recipes. While doing that, they discovered that there were other people around Australia interest in sharing their own cooking secrets, and this is the reason why they decided to open the Nonna to Nana project to other cultures and traditions. "When Nonna Giovanna passed away in 2013, the DiBlasi sisters dedicated Nonna to Nana to her as a tribute for the role she played in their lives, as a loving grandmother, teacher and culinary inspiration".

For further information see the Nonna to Nana website at www.nonnatonana.com or email hello@nonnatonana.com . The book will be relesed on March the 20th.