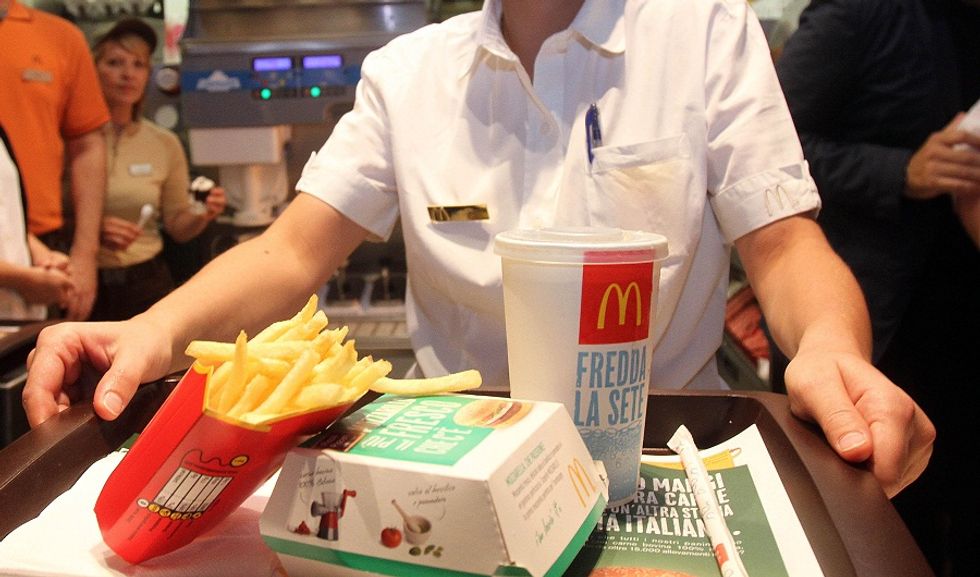 Do you know that the world largest hamburger maker has recently endorsed the much-lauded Mediterranean-diet? Do you think this is a joke? You are wrong, it is not! It's just McDonald's changing its sales and marketing strategies.

The American multinational has recently signed a deal with Barilla, one of Italy's oldest pasta manufacturers, to collaborate on new dishes. Among them, a new pasta salad advertised as a "balanced and skillful mix of tuna, tomatoes, peppers, capers and olives, seasoned with a pinch of oregano and salt", sold for 4.9 euro.

This marketing choice has been followed by mixed reactions: some people say it looks like a union between devil and holy water, highlighting that Italy should be more careful in supporting a multinational whose products might negatively affect the "Made in Italy" prestige. Other people still remember what happened in 2010, when McDonald's launched the "McItaly" burger, made of beef patty, Asiago cheese and artichoke, feeling that this is not the best strategy to promote Italian food all over the world, while just a few commentators (in Italy) seem positive about this initiative.

In this debate on whether McDonald's commercialization of Italian food is positive or not for Italy, it should be highlighted that, for now, the American multinational is testing its new recipes in Italy, where its consumers might easily find a "more Italian" alternative at any price.

It should be interesting to take a look at what kind of consumer will choose McDonald's pasta salads: Italian people who love McDonald's but don't like eating unhealthy hamburgers every day? Foreigners choosing to eat in a foreign fast food when they are in Italy where they can easily access authentic local food? Foreigners abroad, in case McDonald's will add pasta salads to its menu abroad, as well?

It seems that endorsing Italian food as the healthiest one McDonald's has made a huge marketing choice that might benefit Italy as well, especially in the long-term. If fast-food healthy food is Italian, McDonald's campaign might actually stimulate Mediterranean dishes consumption all over the world. The cheapest will be sold by McDonald's. The more authentic (and even healthier), by Italian restaurants abroad.