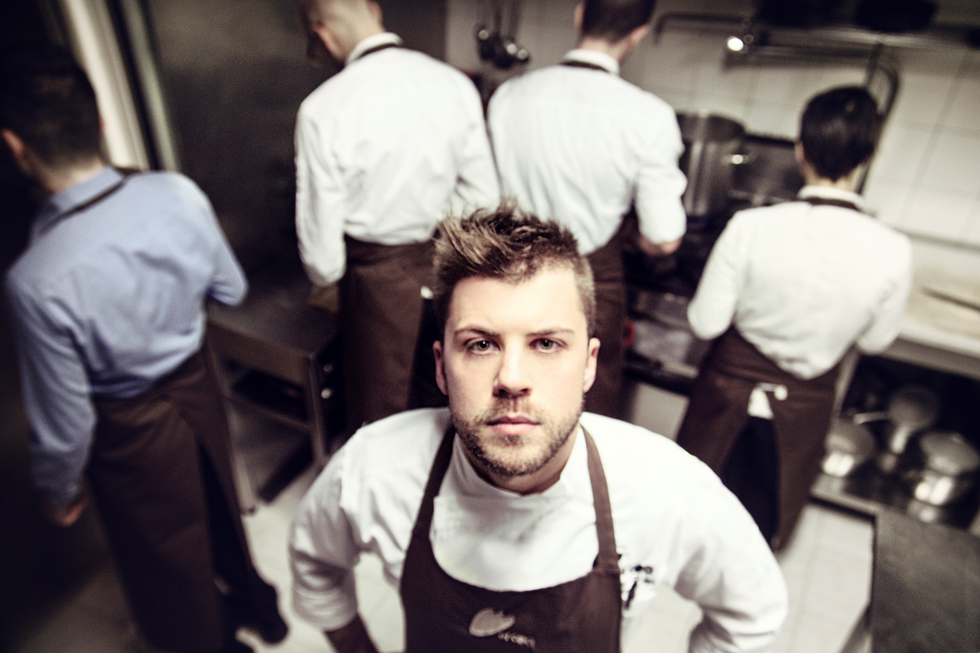 What is international cuisine? Is it the chance to taste any kind of food in its most authentic version anywhere in the world, or this idea should be rather identified with the opportunity to re-arrange ingredients, recipes and cooking styles to create something know borrowing from foreign cooking traditions? It is extremely difficult to answer this question, as any of us would probably have a different opinion on this subject.

Lorenzo Cogo, the Italian third generation chef who has been awarded a Michelin star when he was only 25 years old, is trying to answer this question himself, organizing what could be described as the very first "Food Contamination Festival".

"InFusion" has been scheduled for the 11th of February in Montecchio Maggiore, near Vicenza. According to Chef Cogo, the full potential of innovative cooking can be achieved only when chefs' enthusiasm can be shared together with different culinary traditions. Accordingly, five prestigious chefs have been invited to Vicenza to help Mr. Cogo to create a new menu in which all their passions, styles, and cooking preferences will both merge and emerge. They are Daniel Burns, Thiago Flores, Virgilio Martinez, Paco Morales and Joji Tokuyoshi.

Daniel Burns is an American chef of Canadian origins. He is running the only Michelin-starred restaurant with no wine or cocktails on the menu. Luksus serves only beer,  and is a perfect mix of Nordic and Ney York's styles.  Thiago Flores and Virgilio Martinez are two young Latin American chefs. Thiago is from Brazil, and Virgilio is from Peru. Paco Morales is Spanish, and he is currently living in Cordoba, where his creations can be tasted at "Noor", light in Arabic. Yoji Tokuyoshi is the only Asian chef of the group. He is Japanese, but he has been working in Modena (Italy) with Massimo Bottura for more than nine years. Considering their backgrounds, passions and abilities, it is impossible to anticipate how they will contribute to InFusion. But they will surprise us, that's sure.