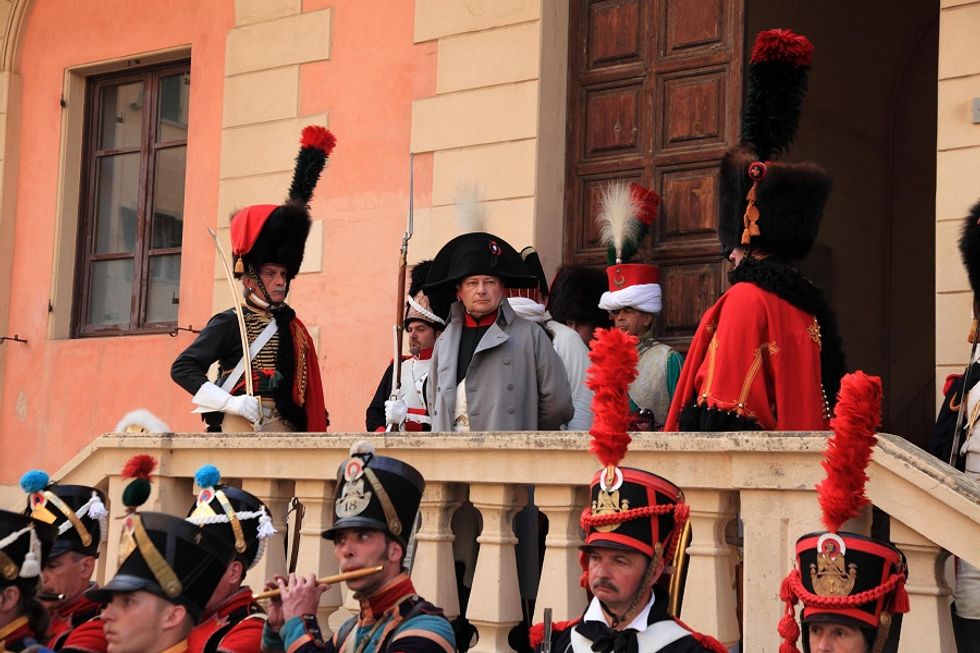 Italy, the Island of Elba and Napoleon

Two hundred years ago, the Island of Elba, in Tuscany, was chosen as the perfect spot for the exile of Napoleon Bonaparte, the French leader who rose to prominence during the latter stages of the French Revolution and its associated wars in Europe. After being defeated in the Battle of Leipzig (1813), Napoleon was forced to abdicate and go in exile to the Italian island of Elba. However, ten months later, he escaped and he even succeeded to return to power, but he was finally defeated during the Battle of Waterloo (1815). He died six years later during his exile in the British on the island of Saint Helena.

The New York Times recently discovered that during the last few years, the Island of Elba has decided to relaunch its connection with the French emperor transforming his brief exile "in a reason to celebrate".

On May 4, a re-enactment of Napoleon's arrival on the island was staged. Something like 400 amateur actors dressed in imperial uniforms and empire-style dresses joined the ceremony, and since then "Elba has made itself a microcapital of Napoleon-mania, with a full calendar of period balls, commemorative Masses, conferences, theatrical performances, book readings and walking tours." Napoleonic souvenirs are everywhere, and Napoleon's fans in Elba are also planning to engage in a re-enactment of his escape as well as one telling the story of his final defeat.

Napoleon Bonaparte will remain forever a very controversial figure. However, it seems that the Island of Elba is trying its best to add some positive nuances to his biography. Gloria Peria, the island's chief archivist, told a French newspaper: "After he left, Elba entered the modern world." In local bookstores, together with books on recipes from Napoleon's kitchens, Napoleon's gardener, Napoleon and music, and Napoleon's military campaigns, there are also books written by historians interested in "telling the real story of the French hero." It is a matter of fact that this Napoleon-mania is attracting lots of tourist, and the Island of Elba is definitely going to get several economic benefits from its new attitude.