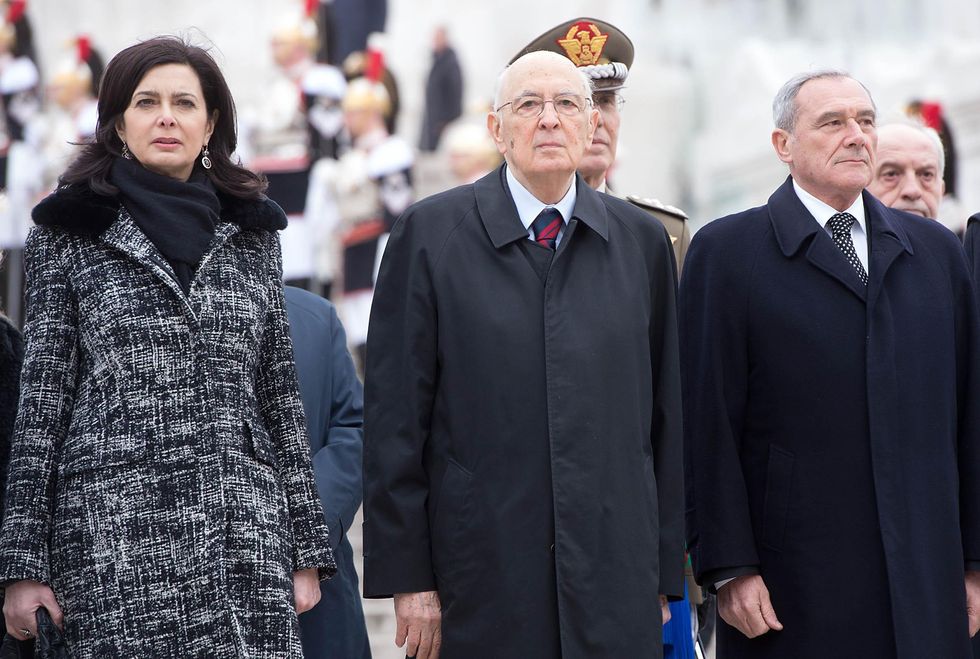 Italy: not yet a government but presidents of both chambers are nominated

It took more  than for the cardinals to conclude the conclave, but finally the Presidents of Italy's Senate and Chamber of Deputies were elected. Pietro Grasso, of the centre-left Democratic Party (PD) is the new President of Senate and Laura Boldrini, from the "Left Ecology Liberty Party" allied with PD , is  the President of Chamber of Deputies. It is their first parliamentary experience.

Laura Boldrini, born in Macerata, Marche, graduated in Law at la Sapienza University of Rome in 1985, she worked at first in RAI (Italian public service of TV and Radio broadcasting), then in 1989, she was employed at the Food and Agriculture Organization (FAO) for four years, where she was active in video and radio production. From 1993 until 1998 she worked at the World Food Programme (WFP) as spokesperson. From 1998 to 2012 she was spokesperson at the High Commissioner for Refugees (UNHCR), where she also coordinated public information campaigns in Southern Europe, and over the past few years, she has specifically dealt with the influx of migrants and refugees in the Mediterranean. She has carried out several missions to crisis spots, such as  former Yugoslavia, Afghanistan, Pakistan, Iran, Iraq, Caucasus, Angola and Rwanda.

Pietro Grasso, former anti-mafia magistrate, was born in Licata (Agrigento), on January 1, 1945, he started his career  in the magistrature in 1969, in 1972 he became Assistant Prosecutor at the Procure of Palermo, where he investigated in the organized crime, including the assassination of Sicily President , Piersanti Mattarella, committed in 1980.

Four years later, he was associate judge in the so-called "maxi lawsuit" against Cosa Nostra, with about 400 defendants, Pietro Grasso, next to the presiding judge Alfonso Giordano, was the author of verdict ( over 8000 pages) that inflicted 19 life sentences.

At the end of the maxi-lawsuit, he was appointed consultant to the Anti- Mafia Commission and in 1991, Giovanni Falcone himself asked him to be in charge as adviser to the criminal affairs department of the Ministry of Justice. After Falcone's assassination, Grasso took his place in the Central Commission for witnesses and collaborators of justice protection programs.

Replaced later in this role, Grasso was chosen by Anti-Mafia National Prosecutor Pier Luigi Vigna, and appointed deputy prosecutor at the National Anti-Mafia Directorate in the Procure of Palermo and Florence.

On October 11, 2005  he was appointed National Anti-Mafia Prosecutor, until he decided to candidate himself in the lists of the Democratic Party ahead the 2013 Italian general election.

The new elected Presidents of Senate and Chamber of Deputies had not been politically involved up to now.