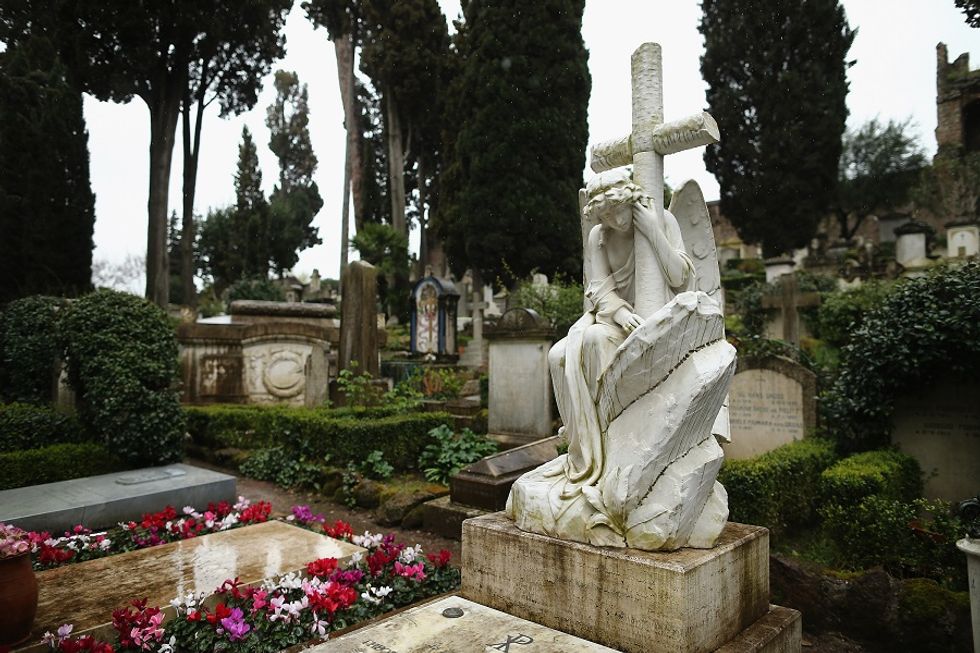 Domes, basilicas, churches, abbeys have been for a long time the centre of Italian sacred tourism. In the last few years a new attraction has captured the attention of tourists: cemeteries. There are two main reasons behind the phenomenon of cemetery tourism: besides reasons related to tradition, such as the Commemoration of Deceased on the 2nd of November, the cultural aspect of cemeteries plays a major role. Especially the monumental ones are very much like open-air museums. The tombs of famous characters are a second factor influencing this kind of tourism: people who have developed certain affection with these characters would visit their tomb as a sort of sacred ritual.

Jfc, a consultancy company in the field of tourism, conducted a research "La seconda vita dei cimiteri" (The second life of cemeteries) in exclusive right to Ansa, the Italian Agency of National Press. Data from this research provide evidence that the largest majority of potential touristic cemeteries are located in Italy. In fact, they represent 55% of the total European ones. Spain, France and the UK follow. However, the same research shows that out of the 192 Italian cemeteries with a potential to become touristic sites, only ninety are active in this sense.

It is interesting to notice that foreign tourists, especially Americans, British, Canadians, French and also Polish and Russians, are more interested in visiting non-Catholic cemeteries.  In fact, if considering Catholic sites, foreign visitors represent only a small percentage, 13.2%, out of the total. Taking into consideration Italians, those visiting cemeteries for touristic reasons are in prevalence locals and the majority is over-fifty. Empirical data published by Il Sole 24 Ore show that in 2013 visits to Italian cemeteries amounted to 45 thousand. In a short period of time, Italy has the potential to attract 400 thousand Italian tourists and seven million tourists with Anglo-Saxon origins.