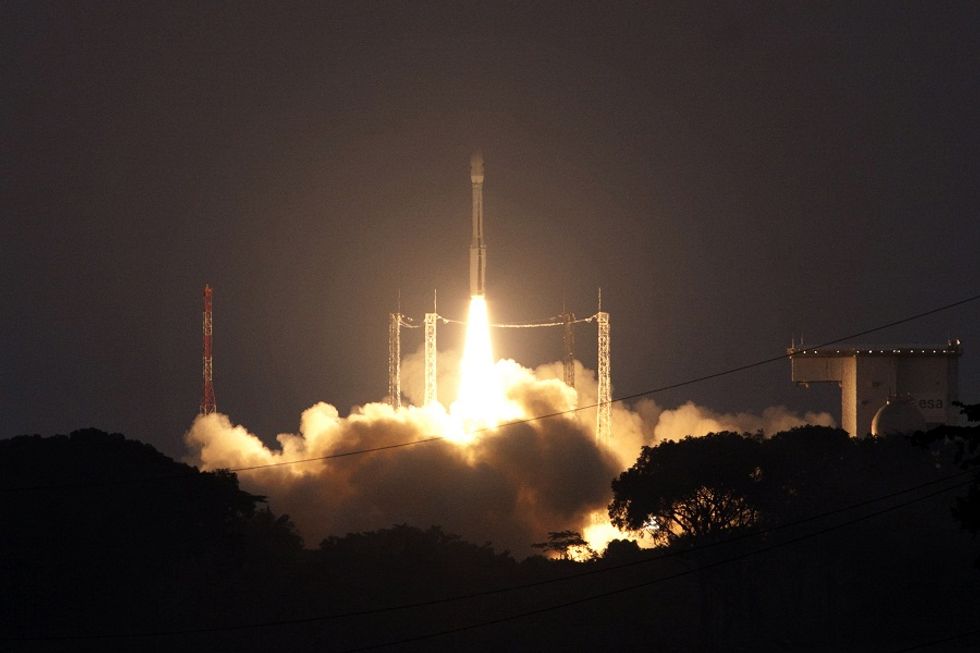 The European Space Agency's (ESA) newest rocket satellite carrier has been successfully launched into space. The Italian-built rocket  took off from ESA's launch facility in Kourou, French Guiana, carrying with it three satellites, whose mission will be the one of mapping Earth's vegetation and peer down at cities, oceans and forests. This launch is part of a mission aimed at opening up space for small satellites built by European countries, which are currently investing roughly one billion Euros in the rocket.

The ESA Director of Launchers, Mr. Antonio Fabrizi, commented the test stressing that "Vega has confirmed that Europe is ready to deliver a high-quality service for small payloads to low Earth orbit", and that it has finally acquired the capability "to serve both the government and commercial market in this growing market segment".

Italian Prime Minister Enrico Letta proudly highlighted that the success of this launch shows that "investments in research and innovation can create a model for the Italian hi-tech industry", adding that Vega's test actually represents "a springboard for economic growth in the country and in Europe, especially during a time of crisis".

Italian Minister of Education, University and Research, Maria Chiara Carrozza, described the launch as a "great European success with a strong Italian imprint", while Francesco Caio, the CEO of Avio, the Italian company who made Vega, stressed that the test "demonstrates once again the extraordinary potential of Vega's technology", describing it as the product of a European project, with an Italian soul. According to Mr. Caio, technological innovations introduced by Vega "have allowed for a generational leap in satellites systems in orbit," thanks to the use of carbon fiber, solid propulsion with electric controls, elimination of space waste and cost reduction, opening up further prospects of access to space for universities and research centers, allowing them to lower the costs of investing in technologies that can improve the quality of our lives.