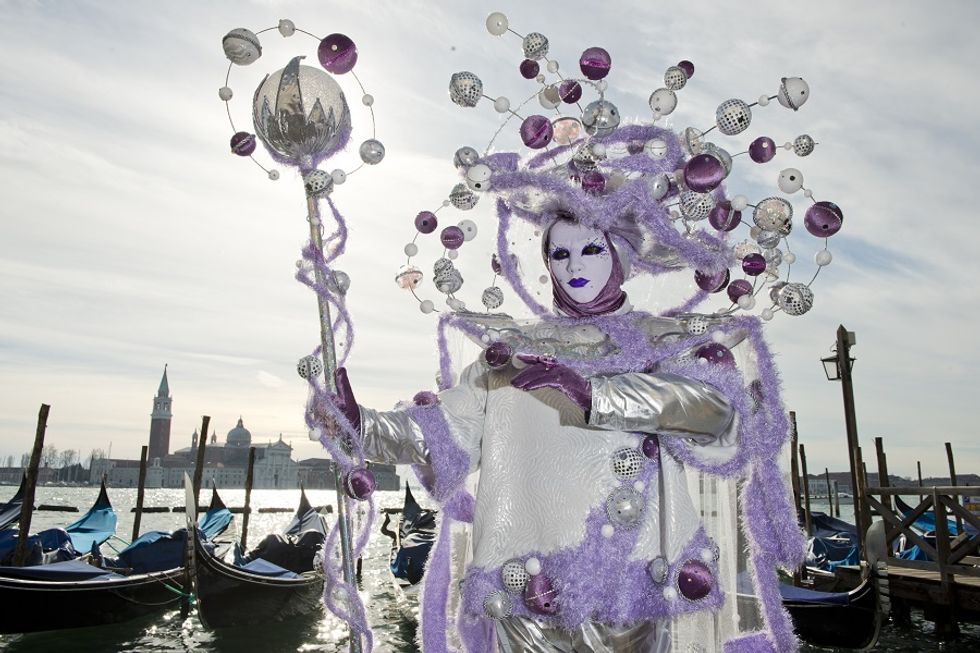 The most famous are held in Venice and Viareggio

Carnival is celebrated all around the Italian Peninsula, and discovering the various traditions can be truly mesmerizing. In February, just about every Italian city  is invaded with masks, confetti, colours and lights that make for a very exciting and unique atmosphere.

In most cases, the centre of Carnival celebrations is the costume or disguise, a mask that allows those who don it to transform themselves into whomever they wish to be - at least for a few days.

The origins of Carnival date back to the Roman Saturnalia festival that rang in the new year (Julian calendar), but he actual term carnevale however derives from the Latin carnem levare for "take away the meat", indicating a banquet held the last day before the period of abstinence from meat, i.e. the Christian Lent.

Carnival, according to the Roman Catholic Liturgical Calendar, is set in February. Initially a feast characterized by unrestrained enjoyment of food, drink and sensual pleasures, and granted as a temporary escape for the lower classes -an opportunity to upend and subvert norms,. From north to south, Italy marks Carnival with long standing traditions that are internationally-known, and that attract thousands of visitors from around the world this time every year.

Probably the most famous celebration is held in Venice. The first official document about it dates back to 1296: the festivity was established by the Venetian oligarchy as a concession to the people, who were entitled to wear masks and ignore any signs of belonging to social class, gender or religion for a limited amount of time. Today the Carnival of Venice is an evocative and much-anticipated popular fest, and multitudes flock around the lagoon to admire the best costumes and the unique Flight of the Angel, where an acrobat hangs from a metal cable and makes his descent from the top of St. Mark's Bell Tower to the Doge's Palace.

Other popular Carnivals include those held in Viareggio - conceived in 1873 as a masquerade event for the rich bourgeois in their discontent at having to pay a too-high tax price, it now boasts enormous and animated parade floats - and Cento - where allegorical floats inspired by those of Rio de Janeiro are displayed while people throw around inflatable and plush objects (the so-called gettito).