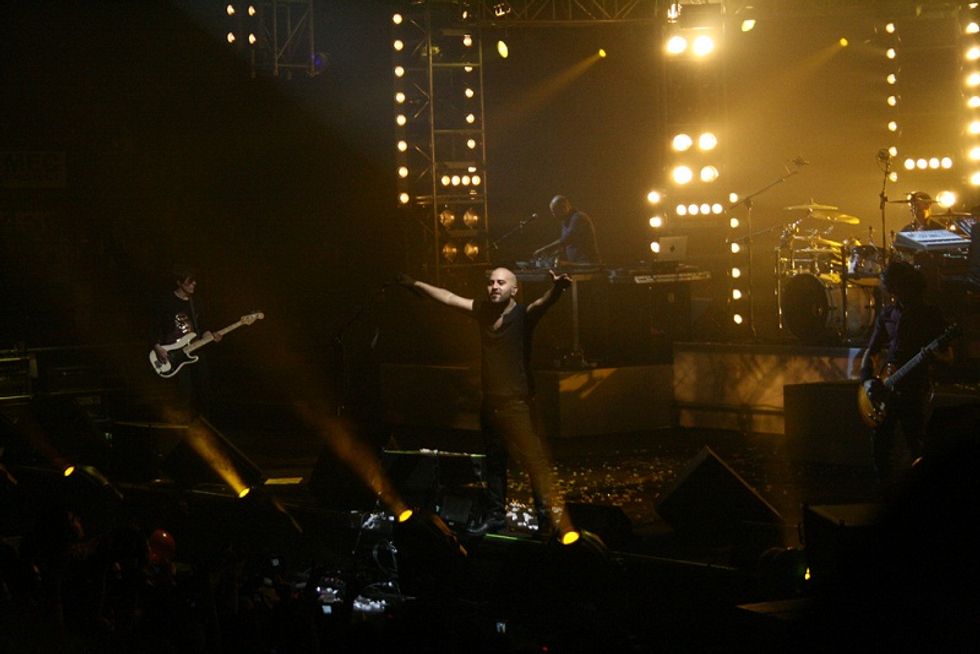 Special and innovative designs, modern and technologically advanced fabrics and a lot of leather characterized an incredibly rich wardrobe that accompanied the band's songs

A tour made of only two dates: it is the way chosen by the famous Italian rock band Negramaro (a name stemming from Negroamaro, a wine produced in their native region of Salento) to celebrate ten years of successes. The first concert was in Milan, on July 13th; the second one in Rome, yesterday night: both attracted thousands of music lovers, who gathered to listen to the major hits of the band. They were greeted by a few exciting surprises: in Milan, for example, one of the guest star was Elisa, a singer whose pieces are popular worldwide.

The concerts were meticulously organized and no detail was left undone. Even what the six members of the band wore were special: Emporio Armani, the brand of Armani Group intended to meet youngsters' taste, decided to dress them with clothes taken from the latest collection presented less than a month ago on the catwalks of Milan Men's Fashion Week.

Special and innovative designs, modern and technologically advanced fabrics and a lot of leather characterized an incredibly rich wardrobe that accompanied the sequence of songs performed by Negramaro both in Milan and Rome. An hidden fashion show that accompanied the musical performance, adding a lot to the experience of the public assisting to the concerts. The last pieces were played wearing slim and shiny leather jackets, in a tribute to the way historical rock band used to dress.

After the two shows in Milan and Rome, the band is planning a winter tour in thirteen dates, which will give to the fans who missed the big summer concerts the a new opportunity to celebrate with Negramaro, and maybe to admire again the special outfits Armani created for them. As Giuliano Sangiorgi, the leader of the band, revealed, the goal is to use lights, clothes and music to recreate the atmosphere of the band's latest album, "Una storia semplice" (A simple story), which collects an anthology of their best songs.