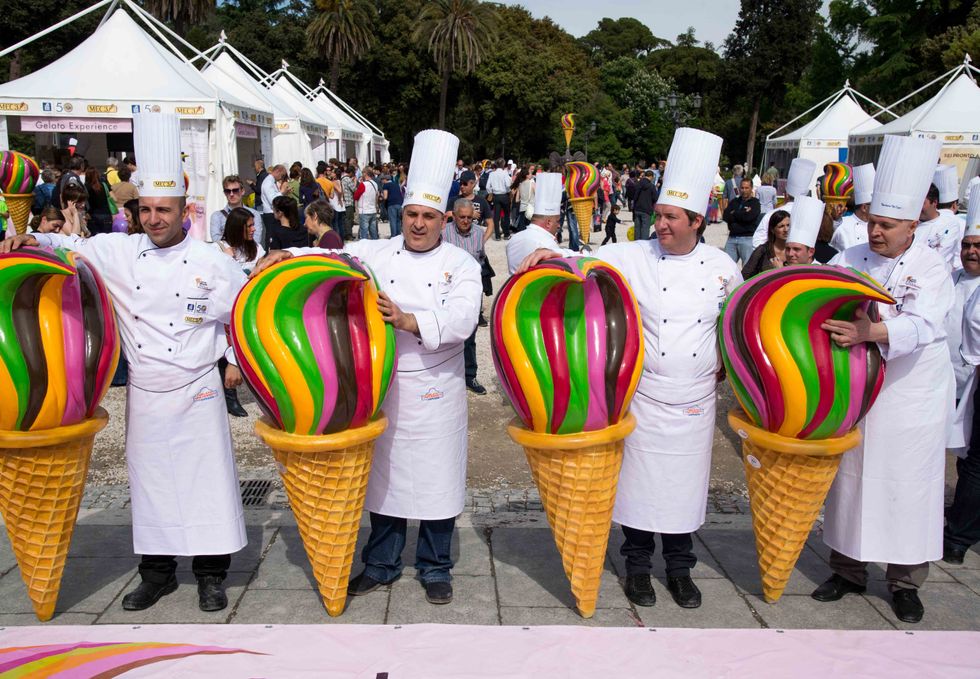 Eight cities in the five continents have been selected this year to become the capitals of gelato, that good, genuine, nutritious food, presented in hundreds of flavours. These cities, Rome, Valencia, Dubai, Sao Paulo, Shanghai, Melbourne, Austin, and Berlin, have already started welcoming thousands of people to their public squares and contributing to highlighting artisans and local products.

Sixteen gelato artisans have been selected for each stage to compete with flavours combining tradition and innovation, aiming at creating new tastes using the best ingredients. The Italian (May) and Spanish (July) editions have already shown that the Gelato World Tour represent an incredible opportunity for ice creams "artists" to show their own recipes to the audience and the media.

In Melbourne, where the show is about to start (25-27 October), Gelato World Tour Village visitors will be offered the chance to participate to short lessons about the art of making gelato taught by instructors from Carpigiani Gelato University. They will also have the chance to watch how gelato is produced right in front of their eyes, and taste fresh gelato by purchasing the Gelato Pass. The Gelato Museum, instead, will present fun and educational workshops for children, and provide the chance to discover the history of gelato, from 12,000 BC to today. Finally, several Italian companies involved with artisan gelato are expected to enrich the event with their products and culture.

Alongside the World Tour, a special competition will be on stage. A selected committee of experts and trade associations has already started identifying up to 16 of the best gelato artisans from the hosting country. Each gelato artisan will present his/her own single best flavour. The final standings will be calculated according to the votes of the public and of a technical jury, allowing both specialists and visitors to judge together the proposals, deciding the winner for each leg. The top three will compete at the Grand Finale of the Gelato World Tour in September 2014 in Rimini, for the title of World's Best Gelato.