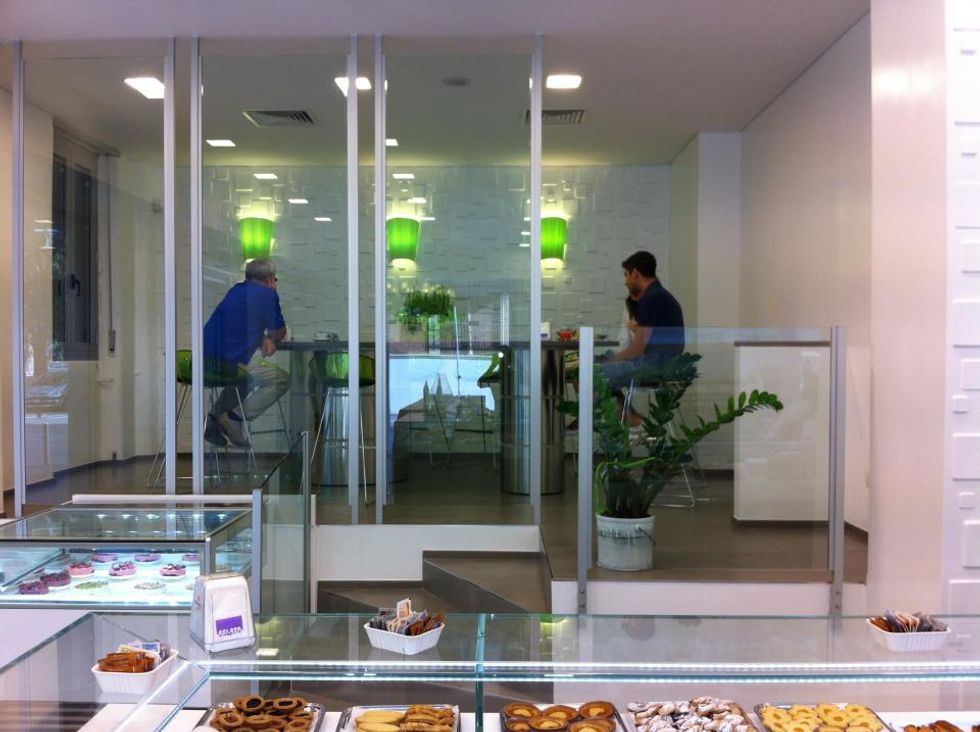 Gelaterie Milanesi, a hub for arts and literature

Their storytelling competition has delicious prizes

Gelaterie Milanesi is a curious case of a Milan-based ice cream place that became, almost by chance, a literary café. The concept of literary cafés dates back to the eighteenth century, during the age of Enlightenment. These cafés were meeting point for discussing cultural issues and talking about literature. They pullulated with great philosophers and artists, who shared their ideas and thoughts while sipping tea or coffee. Gelaterie Milanesi is located in the heart of Milan city and represents the twenty-first century meeting point for artists and writers.

Everything started on their Facebook page, when a few months ago GM shared an unpublished PNA (Personal Narrative Article) that a customer had sent through with an anonymous letter. From that moment, GM became a proper cultural hub, fostering creative conversations not only on social networks, but also face-to-face. In fact, in the Gelateria designed in a rather modern style, there is a reading room with free Wi-Fi. Here, customers can enjoy the delicious gelato, cakes, biscuits or brioches while reading newspapers, magazines and books at everyone's disposal.

As Mr. Gianluca Colaiocco, owner of Gelaterie Milanesi, explains, "It may be because of this reading room that we started receiving so many stories and personal narratives. Our spaces foster a climate of ideas sharing and for some GM has become a usual meeting point. We went on board with this spontaneous trend and incentivized it. We aim at creating an online community for our customers", and they will be certainly successful.

They decided to launch a storytelling competition opened until the 5th of June. "Il Gelatiere Letterario" (literally "The literate Ice-cream Man") will award the best three stories with delicious prizes. The best writer will receive a cake and a 1kg ice-cream tray; the second four special "after-dinner delicacies" and the third one week of free croissant and coffee.