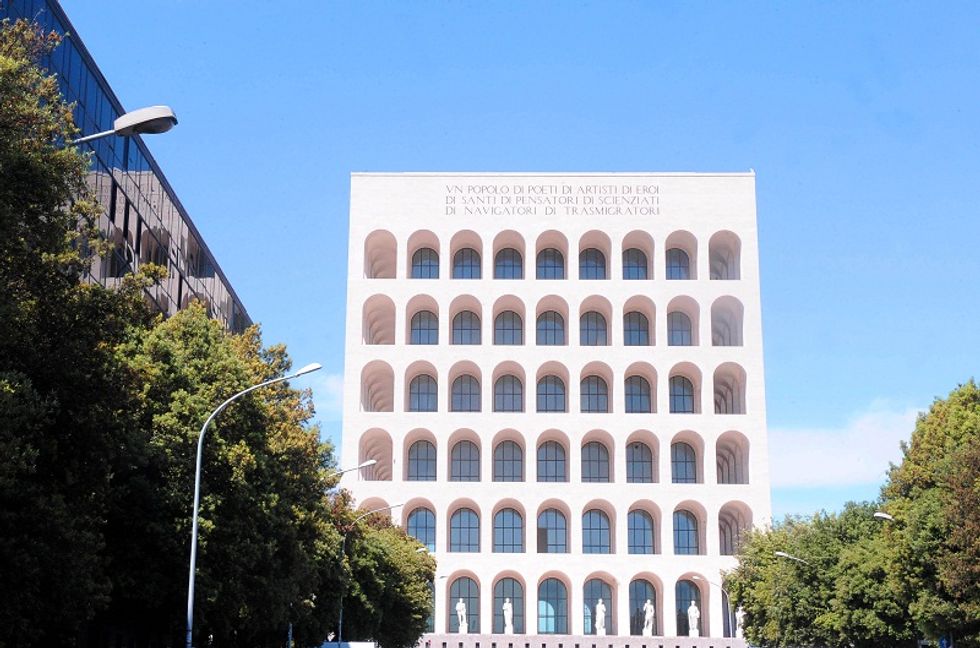 Fendi moves its headquarters into the Square Colosseum

Following the idea of contributing to the renovation of Rome's architectural treasures, Italian fashion luxury house Fendi has recently reached a deal to lease for 15 years the Palazzo della Civiltà (Palace of Italian Civilization), also known as Square Colosseum.

Located in the EUR district, the Palazzo is a Fascist architecture built in 1938 to house the essence of the Civiltà Italiana itself, as Benito Mussolini planned to hold there a world fair in 1942. It is surrounded by 28 sculptures, personifying sentinels guarding knowledge contained inside.

The Square Colosseum will become in 2015 Fendi headquarter in Rome, symbolizing the brand's Roman roots in its continuous dialogue between tradition and modernity. It will provide new office space as well as an exhibition space of about 1,000 square meters