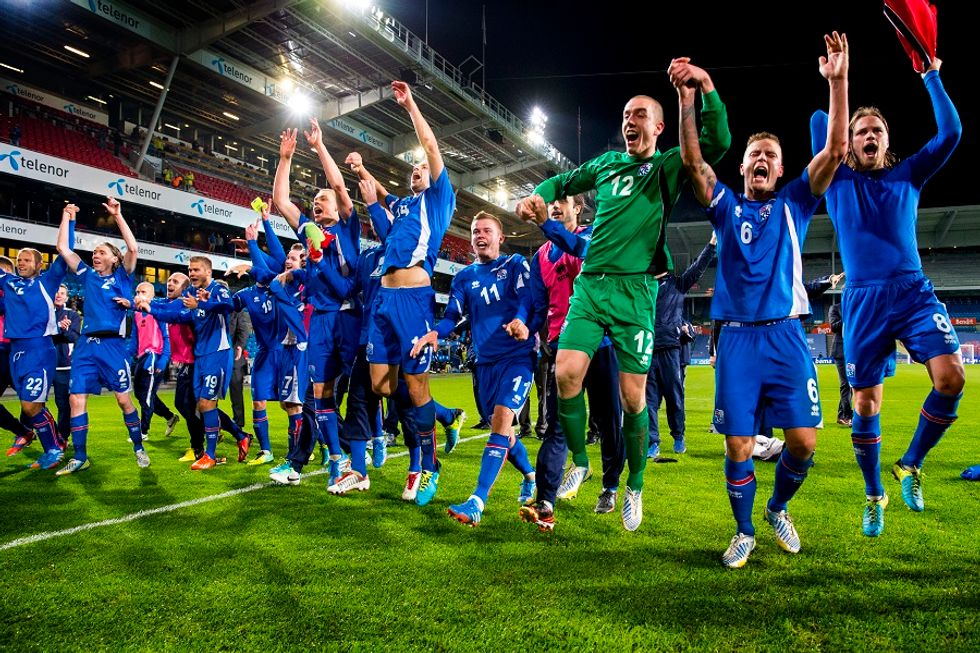 It is a sports equipment supplier and kit manufacturer that has supplied the Icelandic team since 2004, and has hence gained a nice boost in sales by the nation's recent good results

On November 15th and 19th, the national football teams of Iceland and Croatia will play to reach the final phase of the next FIFA World Cup. Whatever the result of the two matches will be, they already have a winner: the Italian company Erreà. It is a sports equipment supplier and kit manufacturer that has supplied the Icelandic team since 2004, and has hence gained a nice boost in sales by the nation's recent good results. Football fans are buying the shirts of their team in thousands, and Erreà's revenues are consequently growing.

Erreà was founded in Torrile - a small town in the textile industrial district of Emilia - in 1988 and has specialized in the production of technical sportswear, becoming regarded as a leading brand at both national and international level. It employs some 600 people and has annual turnover upwards of ?50 million. Besides providing equipment to the national team of Iceland, along the years Erreà has become a technical sponsor to a vast number of professional sport clubs competing in top leagues of football, volleyball, basketball and rugby. Among the teams supported by Erreà, there are Parma and Atalanta of Serie A, Norwich City of the English Premier League, Nantes of Ligue 1 in France, Rayo Vallecano of Spain's La Liga.  The international success of the Italian company is based on both investing in research and technology (it was the first Italian sportswear company to be accredited with the Oeko-tex standard certification, which assures that garments textiles are free from harmful chemicals) and exploing the opportunities provided by neing included in a highly specialized industrial territory. The Emilia textile districit is based on the presence of a large network of micro-businesses, dedicated to third-party contracting and niche production, boasting high quality manual and technical skills, alongside major companies belonging to well-known stylists of worldwide acclaim.

If Iceland makes it to Brazil, Erreà will obtain even more visibility. As Fabrizio Taddei, the company's export manager, explained to "Inside World Football" magazine, demand for the national team shirts would "explode" by about 100 per cent. There will be happy not only people in Reykjavik, but also around Parma.