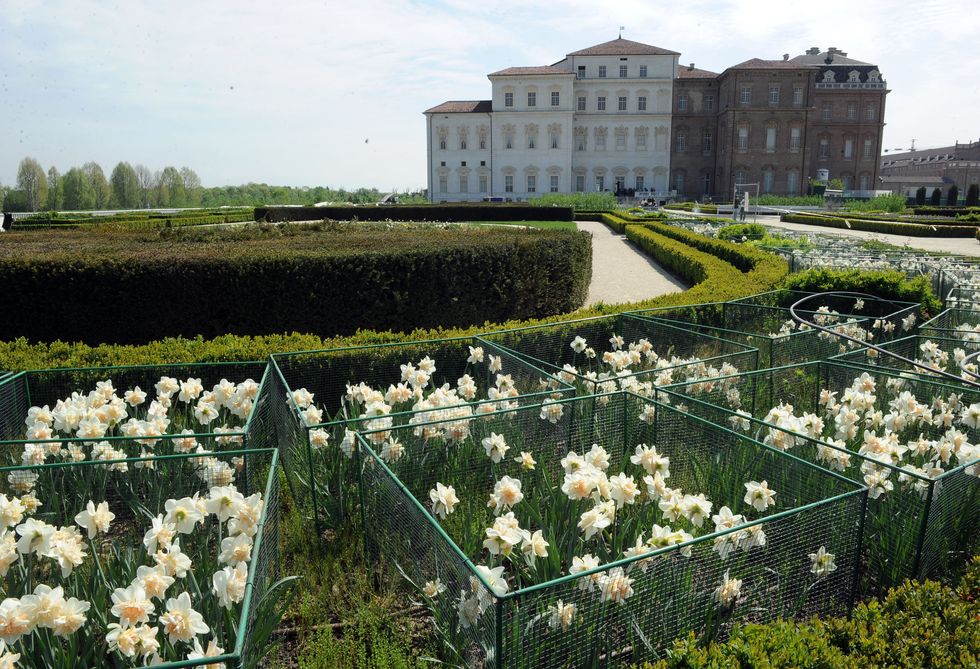 Dear Minister, as soon as you can, study the case of the Reggia di Venaria

Lack of funds for the arts and culture will be the main problem for out-going minister Lorenzo Ornaghi's successor. New sustainable cultural heritage models are required. Like the one for the Savoy residence just outside Turin: a former ruin that in just a few years has become an economic and artistic driving force

Just six years ago it was in ruins. Today it is one of the five most-visited cultural sites in Italy. Since its opening to the public in 2007, after eight years of restoration following two centuries of neglect, more than four million people have visited the dozens of art exhibitions and thousands of concerts, performances, educational initiatives and events tied to wine and food. This is why the Venaria Reale, the splendid palace just outside Turin, is the example of how, even in times of crisis, positive models for cultural heritage can be created that reconcile economics and beauty.

"From 2008 to the present, we have always broken-even. It's not insignificant that the money flows in as a result of the quality of what we offer," says director Alberto Vanelli. To get an idea of this, just take a look at the calendar of events scheduled following the winter hiatus: 20 masterpieces in the Lorenzo Lotto exhibition that opens March 9, the one of Mattia Preti, from May 16, with paintings by Caravaggio and Luca Giordano (both curated by Vittorio Sgarbi), or the exhibition of Paolo Veronese starting June 28.

The 80,000 square meters of this monumental structure are a multi-sensorial experience that unfolds through history and contemporary art. Suggestive ambiances of pure beauty wend their way through 17th-century settings such as the Sala di Diana (Gallery of Diana) and the Galleria Grande (Grand Gallery) with its music composed specially by Brian Eno. The solemnity of the Chiesa di Sant'Uberto (Church of St. Hubert) gives way to the triumph of the 18th-century works by Filippo Juvara. The exhibit by Peter Greenaway on life at court is followed by the apartments of the Duchess Maria Giovanna Battista of Savoy Nemours and the new, restored picture gallery of Prince Eugenio, with major works by Guido Reni, Carlo Cignani, Antoon Van Dick, Pieter Brueghel and other Flemish and Dutch artists.

There are dozens of works and itineraries both inside and outside the palace. With over fifty hectares of flower and vegetable gardens and the orchards of the largest "potager royal" in Italy, as well as 20 fluid sculptures by artist Giuseppe Penone spread throughout the garden. "We are a model to be emulated abroad," says its director. "The Schönbrunn Palace contacted us to ask how they could replicate our project. From us, Versailles took the idea of hosting this coming June the works by Giuseppe Penone within the gardens and rooms of the palace."

A miracle that has risen up from the wasteland of Venaria. When in the 1990s it became clear that the crisis within Fiat marked the end of the area's industrial calling, all local political groups, both right and left, agreed on putting the focus on culture and tourism. It was then, by uniting the efforts of the Ministries of Culture and Economy, the Piedmont region and the European Union, that the resources were found to rescue this treasure. It was the biggest cultural heritage restoration site in Europe. "From the very beginning, not a cent was wasted.

Each year, the entire structure costs 15 million euros, but only 55 percent is covered by the bodies making up the Venaria Consortium" which includes MiBAC (Ministry for Arts and Culture), the Piedmont region, City of Venaria, Compagnia di San Paolo and Foundation 1563 for Arts and Culture. "The remaining 45%," Vanelli explains, "comes from our own activities" such as ticket sales, services for the public, the bookshop and as a venue for films, sponsorizations and restaurants, like the starred "Dolce Stil Novo" created by chef Alfredo Russo and housed within the palace. "We are talking about being able to take in about 8 million euros per year by ourselves," the director stresses.

So it's difficult to claim that culture doesn't put food on the table. Especially if we consider that at the end of the 1980s, in the GDP of this area, culture accounted for zero, while today it is between 12 and 13 percent. "Each euro invested in its management produces a spin-off of 12 euros for the area," Vanelli calculates. Money that visitors who also come from other regions of Italy and abroad spend in the many business and tourist facilities in the area. "The opening of this complex has resulted in an increase in turnover due to the birth of new and conversion of existing businesses into tourist-related concerns, including for the city and province of Turin."

And not only, for the city of Venaria, it has boosted employment by about 12 percent and increased the value of real estate in the old town center which, in many cases, has risen from a few hundred euros to the current 3,300 euros per square meter.

So what is it that prevents this model from being applied to many similar ones in Italy, from abandoned fortresses to crumbling archeology sites? In many cases, it is a question of statutory constraints, but in others it is the fault of do-nothing local administrations. In any case, a strategy towards greater economic autonomy in the area of cultural heritage is an issue that the next minister for arts and culture cannot help but take on.

In 2013, MiBAC can count on a budget of about 80 million euros. But, for example, half of this amount alone would be required to create the enlarged Brera gallery, and the budget is meant to cover all of Italy's cultural heritage requirements. A sum not even sufficient for baseline maintenance.

What's more, the new minister will have to face a further impediment (already provided for by law in the Cultural Heritage Code): the cancellation of the measure by which revenues from government-owned museums were to be restituted in their entirety to the Ministry for Arts and Culture. This positive mechanism was abolished as part of the austerity measures imposed by the 2008 budget.

As a result, today, the Ministry for the Economy returns to museums only what it sees fit?"if it sees fit?"and in its own time. This is not just a detail. In practice, the result is to smother museum initiatives before they even get off the ground, demoralizing both managers and employees who are certainly not stimulated to risk new approaches to boost revenues that they might not even enjoy the benefits of. It is highly unlikely that significant sums of money will be allocated to the arts and culture in the near future.

To get cultural heritage back on its feet, new, sustainable models must be tried. Taking on the irremediable scarcity of government funds will be the main challenge facing ex-arts and culture Lorenzo Ornaghi's successor. "For the moment, I don't know anything, but I will lock myself in my office for a week to study," was the blunt but candid comment of newly-elected Minister of Arts and Culture Vincenza Bono Parrino back in the late 1980s when funds still abounded but MiBAC had already joined the ranks of the minor league ministries, and situation that has often continued in recent years.

Now what would be needed is a sign that things have changed. But, even if the new minister doesn't know anything and decides to spend just a week catching up on the state of the arts, he or she should at least make a quick visit to Venaria. To study its approach, at least as a start.