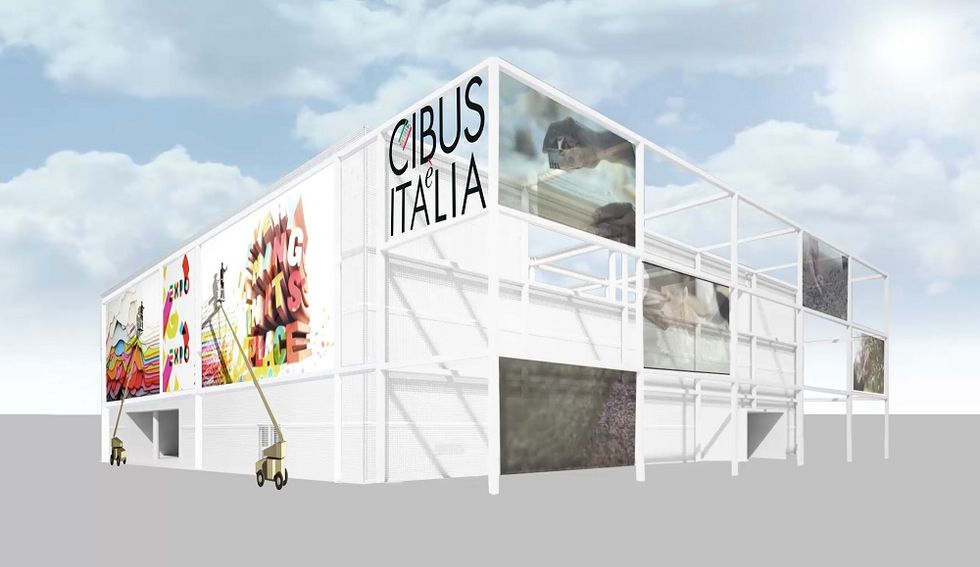 Cibus in Fabula, how food becomes artwork, in Italy

With Cibus in Fabula, the artistic project designed by the Italian digital storyteller Felice Limosani, the logo itself, designed like a digital origami, is a "metaphor for producing", evoking the values inherent in the Italian agri-food system, which are deeply anchored in the soil and in the farmers' daily work.

Limosiani's project brings to the stage 13 murales made by international street artists, all of which will be "remixed" in a digitally animated video installation to be projected on the external façade of the "Cibus is Italy - Federalimentare Expo 2015" pavilion, with the purpose of communicating the major themes of the Universal Exposition in an extraordinary engaging way. Urban and poor art will come together and after compromising with technology they will amaze, provoke and lead to a creative reflection on the excesses, paradoxes and distortions of our planet.

For the entire duration of Expo, in addition to presenting top food products, the Cibus pavilion will also be a place of creativity, experimentation and contemporary culture, with artists' creations alternating twice-weekly,.

The kickoff story of Cibus in Fabula has been "Picture of Health" by the duo Felice Limosani - Maser, an Irish artist, representing the concepts of nutrition, strength, mental, physical and the "health is wealth" equation. The majority of artists involved in Cibus in Fabula comes from Europe, and in particular from Spain, France, Germany, Belgium, the United Kingdom, Austria and of course Italy. However, representatives from Japan and Chile will also join Limosani in Milan.

At the opening of Cibus in Fabula, the Italian artist whose installations have already been exhibited at the Louvre in Paris, at the Palais de Tokyo, at the Sketch Gallery in London and at the Mies Van der Rohe Pavilion in Barcelona, stressed that he credits Federalimentare and Fiere di Parma for "having preserved and passed on the culture of Italian food, without forgetting nutrition and the challenges linked to our planet". Further, he highlighted that the openness towards contemporary forms of expression Cibus in fabula is offering should be considered as a new mentality giving more "substance to Patronage 2.0".