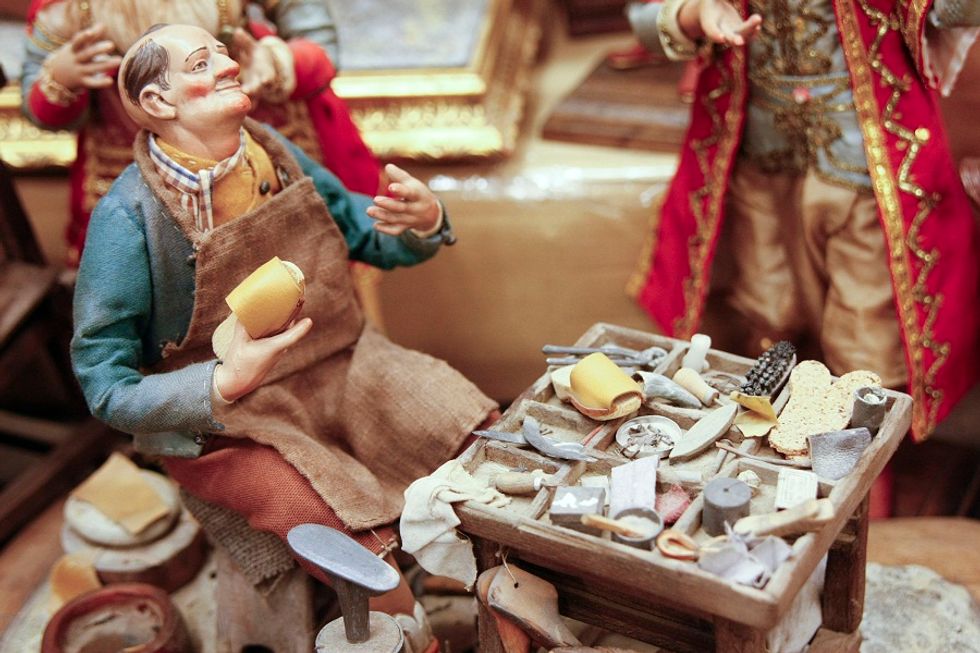 This Italian city is definitely the most famous for the support it gives to this tradition, for both putting nativity scenes on stage, and its extraordinary crib making skills

Everybody knows that one of the most important ways of celebrating Christmas in Italy is the Nativity crib scene. Cribs are used to tell the Christmas story that several centuries ago was made popular by St. Francis of Assisi, one year after he visited Bethlehem (1222) and saw where the stable was, where it was thought that Jesus was born.

Although a lot of Italian families have a Nativity crib in their homes, the city of Naples is definitely the most famous for the support it gives to this tradition, for both putting nativity scenes on stage, and its extraordinary crib making skills.

The first crib scene in Naples is thought to go back to 1025, that is even before he one created by St. Francis, and was in the Church of S. Maria del Presepe. However, it was only in the 16th century that reproducing cribs at home became popular, in aristocratic homes first, and anywhere else later. Today, everybody in Italy is aware that cribs need to be put out on the 8th of December, with the figure of the baby Jesus appearing only during the night of the 24th.

Among Italian cribs, the Napolitan ones are special and known for displaying not only the traditional characters and figurines of the Christmas Story, but also 'every day' people, objects and decorations (such as houses, waterfalls, household objects, gastronomic delights, and exotic animals), and more recently even figurines of famous people and caricatured politicians! Accordingly, it is not a coincidence that Naples currently hosts the largest crib scene in the world, containing an average of 600 pieces. It is located in the Museo Nazionale di S. Martino and it counts 162 people, 80 animals, angels, and about 450 miniature objects.

Today, nativity scenes keep on being considered in Naples as more important than Christmas trees. There is a wonderful street in the city called "Via San Gregorio Armeno" where most of shops sell nativity figurines.